Many people these days have an idea of what a computer is, but not what it can actually do for you. With all the technological advancements, there are many things that computers can accomplish for people. On this website you will learn about what a computer is and different components that make up a computing system. There are also many different types of software that allow people to use their computers for a variety of purposes.

What is an Ethernet Cable?

An Ethernet cable is a type of cable used to connect devices to a local area network (LAN) using the Ethernet protocol. Ethernet cables are used in a wide variety… What is the Melissa Virus?

The Melissa virus was a computer virus that was first discovered in 1999. It affected computers running the Microsoft Windows operating system, sending out emails with copies of itself and… If you’re a developer, chances are you’ve heard of vector graphics. But what exactly are vector graphics? How do they differ from other types of graphics and why do developers… What are Raster Graphics?

If you’re a developer or designer, you’ve probably heard the term “raster graphics” thrown around. But what are raster graphics, and why should you care? In this blog post, we’ll… What is Bitmap (BMP)?

The BMP file type is a bitmap graphic format, but what does that mean? A bitmap image can be defined as an electronic picture in which pixels are the smallest… Cell phones have definitely come a long way since the first brick-sized models were released in the early ’90s. These days, there are all sorts of different types of mobile…

Do you ever feel like you have too much stuff and not enough space to keep it all? The same thing happens with digital data; as we create more and… 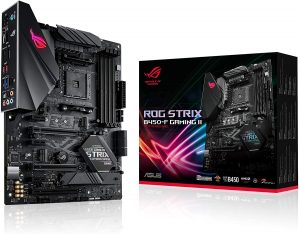 The symbol for underscore is _. What is Underscore Symbol? The underscore is a symbol ( _ ) used in various languages, including English. On a standard keyboard, it shares…