JSON was created to be an easier and more efficient way of handling data transfer between systems. With the rise in popularity of RESTful APIs, it has become increasingly important to know what is JSON and how to work with it in different languages.

What is JSON and what does it stand for?

JSON stands for JavaScript Object Notation. It is a data interchange format that represents structured data in text form and it is easy for humans to read and write. The JSON syntax was originally derived from the object literal notation of JavaScript, but it has come to be used independently of JavaScript.

This page shows examples of messages formatted using JSON, which are generated randomly. To get new set of data, you can refresh this page.

If you need to modify the example below or create a whole new complicated JSON document, try this json tool.

You can visit https://json.tleapps.com for more sample data divided into categories.

Note: the data below is fictional, they don’t reflect real world data.

Basic rules of a JSON string:

How to search in JSON field Laravel Eloquent
When storing an array or an object in database as a JSON string, you need a different way to search for data. For example, we have a field called phones of Market model, and its first data is stored as...

Fetch JSON data from the internet in Flutter
Fetching JSON data from an API is necessary task for most apps. Fortunately, Dart and Flutter provide some built-in packages to make working with external data and read JSON string easier. We need 2 packages, http and dart:convert, to handle... 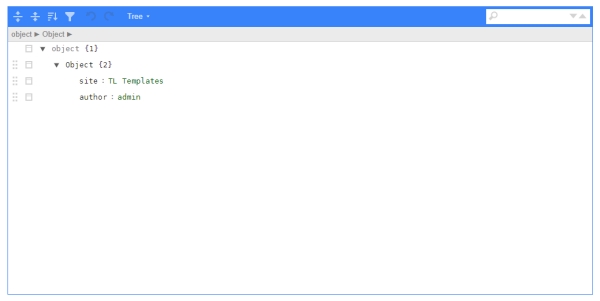 Online JSON Editor and Formatter
Need to create a clean, organized JSON string? Have no fear! This tool is specifically built for this purpose and makes it fast & easy. With this tool, you can play with string formatting in order to understand how each...
Python JSON Examples
JSON has become the de facto standard for information exchange and Python makes it easy to work with JSON format with a built-in library called json. Convert JSON to string There are 2 ways to convert JSON to a string,...
Top Android Libraries to Handle JSON
JSON is always a hot topic in both web and mobile development. There are lots of good libraries to handle JSON for Android. And it is not hard to choose one. You can use the one that is the most...

While JSON was originally designed for use by JavaScript programs, these days there are lots of ways to work with JSON including libraries like Python’s json module or PHP’s json_decode function.

JSONCompare is for the JSON lovers out there. It helps us to input and validate our codes, while also showing us the difference in two sets of codes or comparing them altogether. With batch uploading you can test your code on all at once, which saves time.

Now with the compare function, JSONs are easily combined into one set of clean coded files–you won’t have to scroll through pages upon pages of complex data anymore!

JsonFormatter’s innovative tree view coupled with its many convert and clean functions, makes it an invaluable tool for working with JSON data.

Tree view of formatted JSON to help navigate JSON parameters Proven success in formatting and validating any type of JSON data Interactive converter tools to convert from CSV, XML, or even other types of document formats And many more useful features!

Sometimes, no matter how much you think it’ll be helpful to some people, developers find themselves working with new problems that they’re not sure how to solve. onlineJSONtools is here to save the day with its comprehensive collection of quality JSON utilities that are easy enough for anyone and everybody!

Smarter than some other libraries in the market, these tools work straight out of the box, don’t need any configuration file tweaking, and make every problem solving process easy as pie!

JSON Formatter chrome extension is a must have for all web developers. This JSON code highlighterwill allow you to quickly see what your JSON will look like before it’s posted.

It also has other features such as highlighting the syntax, indentation guides and clickable URLs which you can use to edit the original website’s formatting and save time!

CSV JSON is a more permanent solution for developers who move between the two file types. It’s best feature is the ability to save your progress while you work so you don’t have to start from scratch next time, or share it with co-workers while they take a break from their data entry tasks.

Format conversions aren’t typically something one needs often, so why go through Rigamarole? One visit will be all that it takes when working with CSV JSON, conversion tools for popular data formats that stay up-to-date with changes in standards. Save your session and play around without losing content due to formatting errors like copy/paste mistakes.

Numidian JSON is a data processing tool that provides the ability to seamlessly convert between rows of values and tabular values. Numidian JSON also allows for export into databases, CSV files, or duplicate formats.

The web app is simple to use with user-friendly keyboard shortcuts allowing for swift product conversions without any programming knowledge or coding experience needed on your end. There are templates provided in the engine as well as video tutorials on how to perform all required operations without struggling through complicated steps.

What is a JSON file used for?

JSON is a popular and efficient data exchange format that can be used to transmit information.

JSON files are typically smaller in size than XML or HTML documents, which makes them an excellent choice for transferring data over limited bandwidth connections, such as mobile networks. Nested objects returned from API can be saved as JSON string for later object mapping.

The simplicity of the content within these files also helps with speedier page load times, making this type of file ideal for use on websites where every second counts!

In addition to being faster and more lightweight than other formats like XML, JSON features shorter development cycles since it doesn’t require parsing before you start work on your project – just open the file directly from your server or local disk! Using less CPU power means that there’s more available resources for doing productive tasks while still loading the file’s content quickly enough.

JSON, or JavaScript Object Notation, is a language-independent data storage format that lets you store and organize all of the information in your app. XML stands for eXtensible Markup Language and was originally intended as a universal way to create structured documents containing metadata about any type of object.

Both formats are text files which can be written by hand but usually need special software like JSON Editor Online (free) or Visual Studio Code.

The key difference between these two file types is their structural organization: XML uses tags such as “<title>” and “tags” within the document where JSON doesn’t use them at all! There are many more differences in their document’s structures.

What are differences between JSON and CSV?

CSV files use commas as delimiters between columns in a table that defines what should be stored where; each row is considered an item. They’re not very flexible but can still be useful for storing fairly small amounts of information like contact lists with no sub-elements (like addresses).

JSON uses curly brackets ({}), colons(:) and semi-colons(;) which makes them easier for programmers to work with than CSV files because they don’t need special software programs–programmers just cut and paste from. Element dividers are defined differently.

CSV is easy to create, but JSON offers more flexibility. It’s also popular because it can be easily converted into a JavaScript Object Notation or Java Data Objects.

Why is JSON so popular?

JSON became popular because it is lightweight, easy to read and write with a syntax similar to modern programming language’s array and object. JSON uses text for data storage which means that it can be used in every programming language since all languages have some way of creating strings from the keyboard or variables. The simplicity of this type of file makes storing, updating and reading very efficient and quick with few lines of code required as long as programmers use their resources wisely.

The other main reason why JSON has been embraced by developers is due to its versatility when working with various databases including MySQL, SQLite, Oracle Database and PostgreSQL among others. This also means that there’s less work needed on each individual application level interface (API) side too- just need an API.

How do I create a JSON file?

In order to create the file you will need a text editor like Atom or Notepad from which one can write or edit code using an integrated development environment. 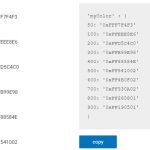 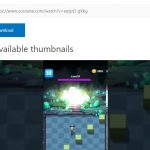 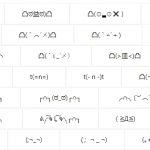 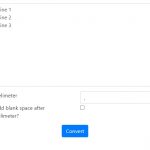 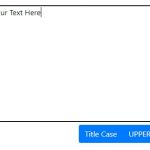