The world of web development is constantly changing. The newest framework that everyone’s talking about today will be old news tomorrow, and the most popular CMS might not even exist in a few years. In this blog post we’re going to take a look at some of the top PHP template engines-tools that you can use to quickly build web pages from scratch in an easy way.

Twig is a templating language for PHP. Twig’s syntax is modeled after the popular {{mustache}} template system, but it adds support for the existing PHP data types and objects such as arrays. It also provides powerful features like inheritance and mixins to make theming easier.

Twig templates are compiled into PHP code and cached like other precompiled template systems such as Smarty or Jinja when the project starts up with Twig as its base system. Compilation happens every time a twig file changes on disk so there’s no need to wait for an entire website to load before finding out that you have made a mistake in your HTML markup. This also means that any bugs will become apparent much quicker than they would using traditional methods of editing templates without looking at them first!

In addition, rendering large amounts of data becomes really easy because Twig supports iterators (a function which generates items one by one). This template will display all the values from the given data. Unlike other templating languages, there is no need to define what type of variable you’re iterating over because Twig can detect this automatically.

The only downside to Twig is that it does not work with PHP embedded in HTML, but you can always output the data to a variable or render it in another template.

Blade is the default template engine for Laravel. It was modeled after the popular Mustache templating language, and it’s a good choice for developers who want to keep the separation between logic and presentation.

Blade is a good choice if you don’t need Blade specific tags, but rather just general-purpose ones such as loops or conditional statements. The syntax of Blade resembles that of plain old PHP (as opposed to Twig which looks like HTML code).

Smarty is a template engine and originally, it was developed as an extension to PHP. It can be used for creating dynamic web pages with the help of few lines of code.

Smarty templates are compiled at runtime into regular PHP scripts which contain pure data in them related to your HTML output (such as variables, loops or conditional statements). This way there’s no need to wait for all the pages on your website load before you find out that you made a mistake somewhere. Smarty also has its own built-in functions which returns values from expressions without having user define what type they are beforehand.

Mustache is a very popular templating language for dynamic websites. It’s easy to use because it resembles HTML code with double curly brackets surrounding variables that are substituted with real values.

Mustache templates can be rendered server-side as well, which makes it a good choice for those who don’t want to use JavaScript frameworks such as Angular or React just for handling the templating part of their projects. It’s also easy enough to write your own custom tags in Mustache but you might find yourself using only HTML code instead if you plan on doing complicated things like loops or conditional statements.

Mustache is not yet compiled into PHP and thus, it does not have any caching mechanisms built-in because there’s no need really since rendering time is pretty low anyway due to its design (comparing Mustache vs Blade template engine). This means though that bugs will become apparent much slower than they would using a traditional method of editing templates without looking at them first.

Mustache is also not well-suited for rendering large amounts of data in one place because it does not support iterators which you need to do that, unlike Twig or Blade template engines. You can still render the values from an iterator into multiple Mustaches if needed though by looping over all its items and repeating the same tag .

Volt is a high speed, designer-friendly templating language that can be used to create beautiful layouts for your website. It’s integrated with other Phalcon components and is perfect when you want the benefits of both Volt and PHP without having to learn any new languages or syntaxes!

The main benefit of Volt as opposed to Mustache, Blade, Smarty or Twig template languages are templates compiled at runtime into regular PHP scripts which contain pure data related to your HTML output (such as variables, loops or conditional statements). This way there’s no need to wait for all the pages on your website load before you find out that you made a mistake somewhere.

Another great thing about Volt is its built-in caching mechanism which compiles every page separately whenever it gets accessed with rendered result being stored next time around so subsequent accesses will be much faster – this also means less server resources usage.

Volt also has its own variables, loops and conditional statements so you can use them in your templates without having to convert from HTML syntax first. 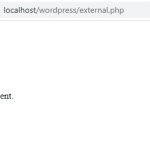 How to access WordPress functions in an external PHP file

How To Upgrade to PHP 7.x on Ubuntu and Debian

Remove duplicate values from an array in PHP

Remove HTML tags from String in PHP with strip_tags()

Add leading zeros to a number in PHP 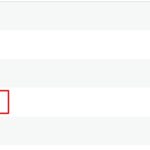 How to Update PHP for WordPress