Green energy, also known as renewable energy, is a clean and sustainable way to power homes, businesses, and communities. Unlike fossil fuels, which release harmful pollutants into the atmosphere, green energy sources such as solar and wind power generate electricity without contributing to climate change. In addition, green energy is renewable, meaning it will never run out.

As more and more people become aware of the environmental benefits of green energy, the demand for solar panels and other renewable energy technologies is increasing. This shift away from fossil fuels is good news for the planet, but it also presents a unique opportunity for entrepreneurs and investors. With the right technology and business model, it is possible to build a successful business in the green energy space.

What is Renewable Energy?

Green energy, also known as renewable or clean energy, includes any power source that can be harnessed without harming the environment.

Renewable energy is energy that comes from resources that are naturally replenished. These include sunlight, wind, rain, tides, and geothermal heat. Renewable energy technologies range from solar power to wind turbines to hydroelectric dams.

The key to using ecological energy sources is that they do not hurt the environment. They release fewer greenhouse gases than other types of energy. The goal of renewable energy is to create sustainable sources of electricity without relying on fossil fuels.

All around the world, countries are looking for ways to reduce their dependency on traditional sources for generating electric power. Some have already increased their reliance on green energy while others still rely primarily on coal or natural gas-fueled plants for electricity production.

Countries who have invested in this type of technology will likely be able to avoid the worst effects of climate change that come with burning fossil fuels like oil, gas, and coal.

However, there is still much debate over whether investing in renewable technologies will help stop climate change from happening or if it’s just a waste of money.

How Does Renewable Energy Work?

Renewable energy is a hot topic these days. With the increasing concerns about climate change, many people are looking for ways to reduce their carbon footprint. One way to do this is by using renewable energy sources, such as solar and wind power. But how does renewable energy work?

Solar power is one of the most common forms of renewable energy. Solar panels rely on photovoltaic cells to convert sunlight into electricity. The electricity can then be used to power homes and businesses. Wind power works similarly, using turbines to convert the kinetic energy of wind into electricity.

Hydroelectric power is another form of renewable energy that harnesses the power of water flow to generate electricity. This type of power plant uses a dam to store water in a reservoir. When the water is released, it flows through turbines, which generate electricity. Of course, not every location is suitable for hydroelectric plants. But if you live near a river or waterfall, it could be a viable option for you.

Geothermal energy is yet another form of renewable energy. This type of energy harnesses the heat from Earth’s core to generate electricity. Geothermal plants are usually built near areas with high levels of geothermal activity, such as volcanic regions.

So, there you have it! These are just a few examples of how renewable energy works. As you can see, there are many different ways to generate electricity without harming the environment.

Renewable energy sources are important because they are environmentally friendly and sustainable. Some benefits of renewable energies include:

Solar energy is produced by the sun and converted into electricity or heat. Solar energy is a clean and renewable resource that doesn’t produce pollution or greenhouse gases. Solar energy can be used to power homes, businesses, and even vehicles.

Solar panels use sunlight to produce electricity for homes and businesses around the world. Solar panels can be installed on roofs or in open spaces like parking lots and fields.

The primary benefit of solar energy is that it is a renewable resource, meaning it will never run out. It is endlessly replenished by the sun, making it a sustainable choice for energy production. Additionally, solar energy has the potential to make fossil fuels obsolete. As the world looks for cleaner and more sustainable forms of energy, solar will become an increasingly attractive option.

Not only is it environmentally friendly, but it also provides numerous benefits to the public. For example, it can help to create jobs in the renewable energy sector and reduce our dependence on imported fuels. In short, solar energy is a powerful and versatile resource that offers many benefits to both the environment and the public.

Wind turbines are an increasingly popular way to generate renewable energy. They work by converting wind into usable power through kinetic motion. The blades of the turbine rotate, turning into a generator that produces electricity. Wind turbines can be used to generate power for homes, businesses, and even entire cities.

There are many benefits to using wind turbines. They are a clean source of energy that does not produce greenhouse gases or other pollutants. Wind energy is also free once the initial cost of building the turbines is paid off. Wind turbines can also be used in conjunction with other forms of renewable energy, such as solar panels.

While wind turbines have many advantages, they also have some disadvantages. They can be expensive to build, and they require a lot of space. Turbines can also be visual pollution, and some people find their noise annoying.

Biofuel is a renewable and sustainable source of energy that can be used to power homes and businesses with minimal impact on the environment. Unlike fossil fuels, which release harmful greenhouse gases into the atmosphere, biofuels are made from plant material that absorbs carbon dioxide as it grows.

As a result, using biofuel to generate electricity helps to reduce the amount of greenhouse gas emissions in the atmosphere. In addition, biofuels are much cleaner than fossil fuels, producing little to no harmful air pollution.

Perhaps best of all, biofuels are relatively easy and inexpensive to produce, making them a viable alternative to fossil fuels for powering our homes.

Hydroelectricity is a form of clean electricity that uses the power of water flow to generate energy. There are two types of hydroelectricity: pumped-storage and run-of-river.

Hydroelectricity is a renewable resource that does not produce harmful emissions, making it a key player in the fight against climate change. In addition, hydroelectricity is often less expensive than other forms of energy generation, making it an attractive option for both consumers and businesses alike.

Hydrogen is a versatile element that can be used for both electricity and fuel. When separated from other elements, hydrogen can be used to generate power or to propel vehicles. This technology is still in its early stages, but it has the potential to revolutionize the way we power our homes and cars.

One advantage of hydrogen is that it can be produced from renewable resources such as water, solar, and wind power. Additionally, hydrogen fuel cells produce zero emissions, making them a clean and environmentally friendly option for energy production. While there are still some challenges to overcome, hydrogen fuel cells offer a promising solution for our energy needs.

Geothermal plants harness the power of steam to generate electricity. The steam is created by natural hot springs, which are found underground. The hot water rises to the surface and is channeled into a geothermal plant.

There, it is used to spin turbines, which generate electricity. The electricity is then sent to homes and businesses nearby. Geothermal plants are a source of renewable energy, which means they are environmentally friendly.

They also have several other benefits. For example, they emit fewer greenhouse gases than traditional coal-fired power plants. Geothermal plants are also very efficient, with a capacity factor of around 95%. This means that they can generate electricity around the clock, regardless of weather conditions.

The ocean is a powerful source of energy. It offers two types of energy. 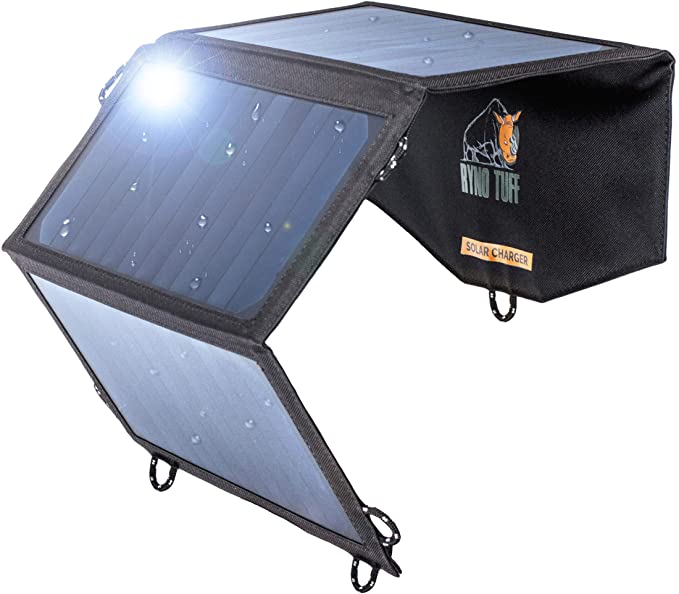 5 Best Portable Solar Panels in 2022
The best portable solar panels on the market today are those that use cutting-edge technology to offer consumers a way to charge their devices with renewable energy. Solar power is one of the fastest growing sources of electricity in the... 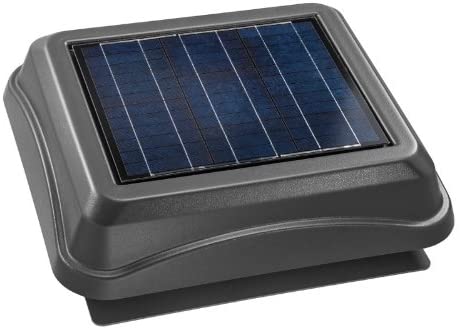 5 Best Solar Attic Fans in 2022
Did you know that an attic fan can save a lot on your air conditioning costs? That is a huge savings! Solar powered fans are also environmentally friendly, and help reduce the amount of electricity we consume. If you're looking... 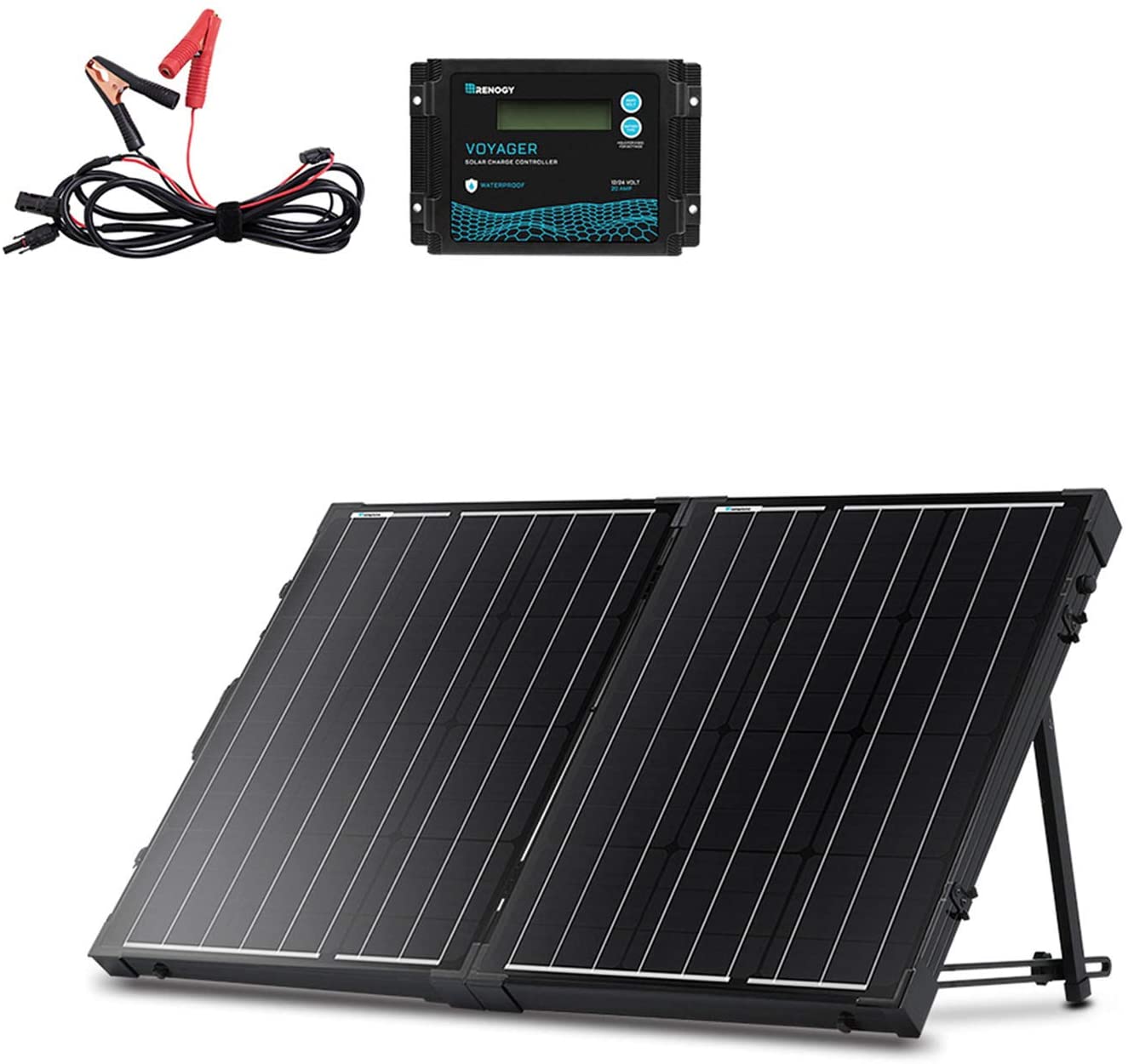 5 Best 100 Watt Solar Panels in 2022
Solar power has been around for decades, but in recent years it has become more and more popular. There are many reasons why people want to use solar energy: they don’t like the idea of using limited fossil fuels, they... 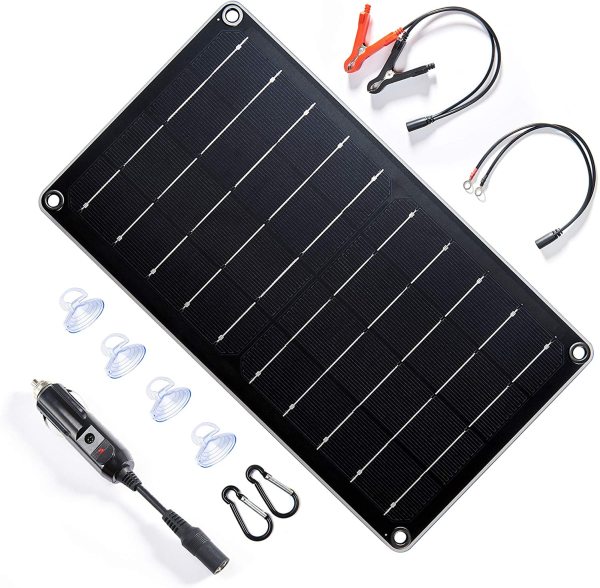 5 Best Solar Car Battery Chargers in 2022
With the rise in electric and hybrid cars, many drivers are looking for ways to keep their car battery charged. With an increase in solar power, a lot of people are turning to solar battery chargers as the best option.... 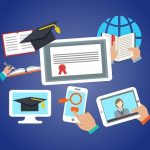