Cryptocurrencies are used in many different ways: some people use them just for transactions; others invest in them hoping they will increase in value; some even buy into initial coin offerings (ICOs) with hopes of getting their hands on the next Bitcoin or Ethereum.

However, you choose to use cryptocurrency you must understand how it works before investing too much time and money. This article will introduce you to some crypto terms that will help you decipher the hype and learn more about this growing digital economy.

Blockchain is a digital ledger in which transactions made in Bitcoin or another cryptocurrency are recorded chronologically and can be publicly viewed.

Blockchain is a decentralized, distributed, public ledger that may be considered a type of database. Simply defined, blockchain is a database validated by the community as opposed to a single authority.

The blockchain is constantly growing as “completed” blocks are added to it with a new set of recordings. Blocks are always added to the end of the blockchain, making it an ever-lengthening chain that contains a record of every transaction ever processed. Transactions are not stored on the blockchain itself but are drawn onto the digital history for everyone to see.

One way cryptocurrencies differ from regular currencies is that crypto coins don’t have physical aspects like coins or bills.

A cryptocurrency is a digital form of currency that only exists in the electronic world and can be exchanged for goods and services, as well as other types of cryptocurrencies like Bitcoin and Ethereum.

If you’re interested in investing or learning more about this economy, it’s important to familiarize yourself with some key crypto terms before diving in too deep!

A token is often used interchangeably with the term cryptocurrency, however, they are not exactly the same thing. Tokens are digital assets based on blockchain technology that can have value based on what they represent .

For example, if you had a Starbucks gift card, it could be considered a type of token because it has value outside of its paper counterpart, which can be traded in for goods at Starbucks locations.

Bitcoin is the first form of cryptocurrency that was invented in 2009 by an individual only known as Satoshi Nakamoto. It’s been around for a while and has gained a lot of momentum, but there are other cryptocurrencies on the market today that has become equally popular, if not more so than Bitcoin.

Ethereum is a type of programmable digital currency or “smart-contract” run through blockchain technology. Compared to Bitcoin, it’s often ideal for peer-to-peer contracts and agreements rather than just buying things.

An altcoin is basically any other form of cryptocurrency aside from Bitcoin. There are thousands of different types of coins available with unique features and applications.

The wallet is a digital storage space for your cryptocurrency. It’s important to choose a secure wallet where your currency will be kept safe from hackers or any other malicious activity. There are two types of wallets: hot and cold. A hot wallet is a wallet connected to the internet, while a cold wallet does not have an online connection .

A hardware Wallet is one that investors use to keep their cryptocurrency safe from potential hackers. These may come in the form of USB sticks, external hard drives etc .

Exchange refers to any marketplace where cryptocurrencies can be traded for fiat currencies (currencies like the dollar).

Mining cryptocurrency refers to the process of validating and verifying transactions on a network so they can be added to a ledger. This takes up computing power and requires expensive equipment.

PoW is one of two ways cryptocurrencies are verified by miners . The other way mining works is through Proof-of-Stake (PoS), which does not require as much electricity or energy use, making it an attractive alternative for environmentalist investors.

PoW uses remote servers, called nodes, that solve complicated equations enabling them to verify transactions. With PoS, users lock down their currency to earn rewards without performing any additional tasks.

An Initial Coin Offering is like an initial public offering (IPO), but with a cryptocurrency twist. The company wanting to raise capital for their project issues coins, or “tokens” in exchange for legal tender or other cryptocurrencies.

A bull market is a term used to describe when the market is on an upward trend and the prices are increasing.

A bear market, on the other hand, is a term used to describe when the market is on a downward trend and prices are decreasing.

As mentioned earlier, cold storage is a way to store your cryptocurrency in a secure place that is not connected to the internet. This is often done by storing the currency on a hardware wallet or an offline computer.

Satoshi is the smallest unit of Bitcoin and can be divided into 100 millionths of a Bitcoin.

The currency’s name is Satoshi Nakamoto, and it commemorates the inventor of Bitcoin.

All transactions on the blockchain require a small transaction fee in order to incentivize miners to verify and add them to the ledger. This fee goes to the miner who verifies the transaction.

Thank you for reading! As cryptocurrencies continue to grow in popularity, it’s important to stay informed about this emerging form of money. These are just some of the basics, but if you’d like to learn more, check out the resources below.

APR or Annual Percentage Rate is the amount you are charged each year for borrowing money. APR accounts for the compound interest that accrues on a debt.

APY or Annual Percentage Yield is the effective annual interest rate you receive in a year when compounding. APY accounts for both the compound interest rate and the frequency of compounding. Using our $100 example, if your APR is 10% and you receive monthly compounding, your effective yearly rate would be 11%. This means that at the end of the year, you would have earned $11 in interest on your initial investment.

DCA stands for Dollar Cost Averaging. DCA is when you invest a fixed amount of money into an asset or security on a regular schedule, regardless of its current price. It’s called dollar-cost averaging because the average price paid per share is calculated by dividing the total dollars spent by the number of shares purchased.

The most famous typo in the crypto industry is undoubted “HODL,” which is intended to simply mean “hold” on a Bitcoin forum.

After GameKyuubi misspelled the term “HODL” in 2013, it became popular. The phrase was meant to encourage others to hold onto their coins even when the market is crashing because they will eventually recover and be worth more. Now, the term has been repurposed to mean holding any type of investment for the long term instead of selling it after a short period.

Fear of Missing Out is a term used when someone feels like they are going to miss out on an opportunity if they don’t act quickly. This is often seen in the stock market or when someone is considering investing in cryptocurrency.

A shill is someone who promotes a product or service for financial gain. They often have fake accounts that pose as regular people and promote a coin or investment without disclosing that they are being paid to do so.

Fear, Uncertainty, and Doubt are tactics used by shills to try and get people to sell their coins or investments at a loss. They create a sense of fear around a particular investment by spreading false information in order to make people doubt it.

This is an intentional misspelling of the word “wrecked” that is used to express the devastation felt when someone loses a lot of money on an investment.

When something goes up dramatically in value, it is said to be doing a “moon shot.” The term comes from people looking at the moon and noticing its change in appearance after something gives it extra gravitational pull.

A pump and dump scheme occurs when scammers orchestrate an increase in the value of coins or tokens they hold (usually through shills), causing other investors to buy them as well as anticipating further increases. Then, after the value has peaked, these same scammers sell their coins for maximum profit, usually causing prices to plummet.

A whale is a person or organization that owns so many cryptocurrencies, it can influence the market with its actions.

“When Lambo?” is an expression that asks when someone will have enough money to buy a luxury sports car. It’s used most often by people who are impatiently waiting for cryptocurrency prices to go up so they can make some big purchases!

As many of you know, cryptocurrency has been a hot topic for quite some time. Since the advent of the first decentralized currency-Bitcoin, people have been eager to learn more about it and invest in it.

The creator of Bitcoin is believed to be Satoshi Nakamoto, who is a pseudonymous name in itself. No one really knows the creator’s true identity, although many have tried to find out.

Cryptocurrency mining requires vast amounts of computing power. It is estimated that each Bitcoin transaction takes up about 350kWh, which translates to enough energy to power an average house for almost 9 days. It would take just one Bitcoin transaction to run your home for an entire day!

All the coins will be mined by 2140, this means there will be no more new coins after that date. The total amount of coins is 21 million.

There are more than 6000 cryptocurrencies available in the market in 2021, and their numbers continue to increase. This means that there will be a lot of competition and stiff prices for all these cryptocurrencies in the future.

People who own cryptocurrency typically hide their assets because they don’t want them to be taxed.

The term “unicorn” is given to companies that have a market cap of over $1 billion. This number has been rising steadily, with 64 crypto firms achieving this impressive status in 2018 alone!

Cryptocurrencies are not physically banned in any country. They can be prevented from operating, but only if their citizens don’t want them to operate or use the currency for some other reason- like money laundering efforts with drugs and weapons sales (which many people do). Despite this desire by many governments around the world; it’s impossible due because anyone has access to crypto wallets which allows users to send coins anywhere without relying on third-party intermediaries such as banks – so there would never really need an outright prohibitionist attitude towards cryptocurrency anyway!

China rules the world when it comes to cryptocurrency mining. They have 75% control of all processing power, and as a result, they are able to dictate what gets recorded on this new form of digital cash called Blockchain!

Cryptocurrencies are not legal tender in any country, but since they have entered the mainstream markets many tax agencies worldwide want a piece of them. You may need to pay taxes if you make profits from trading cryptocurrencies or use it for purchasing goods online with credit cards that charge interest rates typically above 20% per year!

In 2021, Bitcoin became legal tender alongside the US Dollar in El Salvador. This means that people can use them to pay for goods and services just like they would with any other currency – though there are some restrictions on who may choose either form of payment or both! 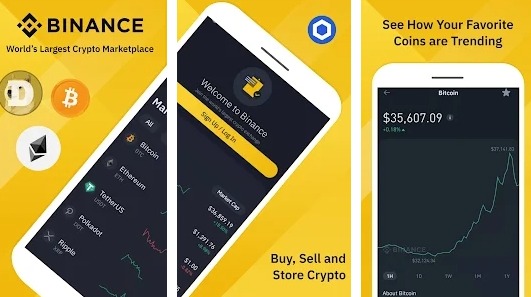 Best Android Cryptocurrency Bitcoin and Etherum Apps
During the last years, a desire for cryptocurrencies has been increased significantly. Now, more and more users want to trade, earn, sell or simply be in touch with this type of currency. These apps can assist you with this matter.... 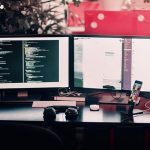 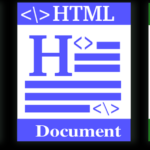 What is a File Type? Common Types of Files