A software development kit from Corona Labs, Corona SDK was released in 2009 and targets developers across a range of devices in the video game sector including iOS and Android applications as well as OS X and Windows-based apps. Corona SDK is primarily utilized for building 2D games and is capable of taking advantage of smartphones accelerometers and GPS.

You might be wondering what games were developed using the Corona SDK platform and we’ve got a top 10 list here for you: 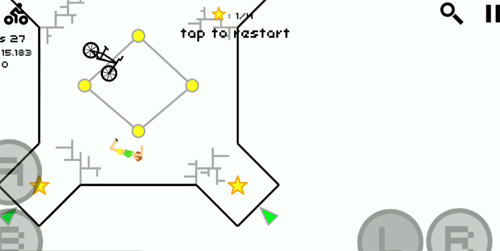 This is a pretty barebones but awesome bike racing game on the Android. You can choose from multiple vehicles, including a motorcycle and a skateboard, but you need to win races in order to unlock that content. Overall the most notable thing about this game is its attention to detail with regard to in-game physics. Sporting some of the best, it will keep you coming back time and time again.

Remember Tamagotchi? This concept is similar. You need to feed, wash, and generally care for a pet egg. An awesome game for those fans of the retro 1990s toy, Egg Baby is charming and a fun download.

Collect as many seeds as you can within a limited amount of time. That’s basically it – but it’s a super addictive game once you get into it.

An exploration and puzzle solving game along the lines of the classic title Myst.

Race against other denizens of the forest in this Mario Kart clone with a cute facade and tight gameplay. Of course, you have weapons and all manner of items to use to stymie their efforts and change the direction of the race.

A game that combines elements of pinball with traditional sports, PKTBALL is a unique game that is best for fans of sports and puzzle games. If you don’t remember, pinball utilizes a lot of physics to master its game board and PKTBALL takes these concepts and puts them in a new format.

In this game you rearrange hues of a color to put them in a gradient spectrum. Amazingly simple in concept, the game is really pretty challenging and utilizes logic and reasoning abilities rather than color perception.

A crazy game that puts you behind the wheel of a taco truck escaping to Winnipeg, Canada, where there are no taco trucks. You will use all sorts of weapons to fend off mutant hordes along the way. A bit tongue-in-cheek, Gunman Taco Truck is addictively fun as well as funny.

A procedural puzzle game in which each solution unlocks a new iteration on the puzzle. An awesome title for those gamers that like progressive challenges, Zip Zap is perfect for the smartphone format.

A Sim City clone par excellence, Designer City gives the player a lot of control over how the player’s city develops. If you like building games and sims, this title is made for you.