Xamarin is a Microsoft-owned San Francisco-based software company founded in May 2011 by the engineers that created Mono. It is an open source app platform from Microsoft for building modern hybrid iOS and Android apps with C# and .NET.

Xamarin is a framework for developing native mobile applications. What exactly does this mean? Xamarin allows developers to use C# and .NET on Android, iOS, and Windows devices to develop apps in a single code base. They can share business logic code across platforms while still taking advantage of the platform-specific UI tools and SDKs. This means that an app developed using Xamarin can be deployed onto multiple operating systems without having to rewrite it from scratch!

Developers can use this technology to share code between all three platforms without having to rewrite their app multiple times from scratch in Swift, Java, Objective-C etc. This saves time on both development costs as well as deployment costs since they only need one set of resources rather than deploying an entirely new application for each platform.

The benefits don’t stop there though; with support from Microsoft, Xamarin has become more popular among enterprises who want to create enterprise applications across iOS and Android devices.

Building cross-platform apps with Xamarin can save developers a lot of time and energy. The development tool allows for the same code to be used in both iOS, Android, Windows Phone, and other operating systems without having to rewrite it over again from scratch. This saves money on new developer hires who would have to learn an entirely different language like Objective C or Java.

It also saves time because there is no need for additional testing across platforms as well as waiting days (or weeks) for the app store approval process when releasing updates after each major release cycle – one update packages all of the changes into one submission that will work on any device running a supported OS version.

Xamarin makes developing faster by providing a single language that developers can use to create apps for all major platforms.

But, there are some drawbacks to using this development tool because it does not allow sharing of code or libraries between servers and mobile devices. Xamarin is limited in the sense that most shared components have to be written from scratch on each separate platform – meaning they must first compile separately before being able to share with other different OS versions.

And there are many challenges while building apps with Xamarin. Building cross-platform applications can be a challenging process for many reasons: heavy application size, lack of complicated graphics and animations in iOS or Android devices, slower updates due to smaller community involvement. The key takeaway here is that you have chosen your platform first when considering which framework best suits your needs – now it’s just time to get started! 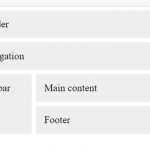