Java is a programming language that many people use in their everyday work. However, even if you are an experienced programmer, it can be difficult to remember the different ways you can use Java for your projects. That’s why we created this blog post! It features 7 examples of how Java can make your life easier and more productive when programming.

Java has been the main language which is used to write Android app codes. However, as Android has started to be more and more popular (especially in recent years), the demand for Java programmers with experience of writing mobile applications has risen.

This is because Java developers are able to use the same skills they have learned in order to write Android apps which means that their existing knowledge will not go to waste and can be used for a variety of different tasks.

Java is often described as being “the language with all the libraries”. This makes it one of the best languages out there when it comes to working on projects that require you work with large amounts of data or process large datasets. For example, if you need to create an algorithm for analyzing health records then Java would be your ideal choice since this type of programming requires lots of input from multiple sources before coming up with a final result.

Java is one of the languages that is most commonly used for developing AI programs. This means it’s often developers’ first choice when they’re looking to create a new robot or program which can think and make decisions on its own, just like human beings do.

One reason why Java might be particularly useful in these cases is because it has excellent support for working with graphics as well as user interfaces. These are both things you need if you want your artificial intelligence to have an anthropomorphic appearance (i.e., look lifelike).

Work in the cloud

If you’ve never heard of “The Cloud” before then this refers to storage where information can be accessed from any device connected through a network connection such as wifi or cable.

One of the ways that Java is used in this setting is to create a virtual machine. This means you can use your own computer as if it was running on someone else’s server: for example, Google Cloud or Amazon Web Services (AWS).

It also has libraries which are designed specifically for working with large amounts of data and information so it’s an ideal language choice when using these platforms.

You might not think of programming languages being necessary when exploring outer space but because they have such vast potential applications, NASA often chooses them to write AI programs and other types of software which could be useful out there in orbit around Earth.

For instance, one type of program would help astronauts navigate their way through space if they were ever in a situation where they lost their bearings.

World Wind is a turn-key software development kit that allows you to zoom in from outer space and examine any location on earth. The WorldWind API has over 100 code examples demonstrating how your business can use this SDK because of its programming language’s powerful nature, accessibility, and high performance for 3D visualization applications.

Get involved with open source

Open-source programs are created collaboratively by groups of people who share the same ideals and want to contribute towards something that can benefit everyone.

One type of program you may have heard about is called “Crowdfunding” which uses money from donors (i.e., those wishing to support an idea) in order to fund development costs for software projects like video games or apps. Java developers often play a key role in these types of projects because it’s one of few programming languages which allow programmers to work on coding while also getting paid!

Use Java to Write Scripting Languages

You might not think of scripting languages as something you would write in Java but there are multiple reasons why this could be useful for programmers. For example, some people find Python or Ruby too clunky for smaller tasks so they often resort to writing them in one of those languages and then running them through a converter which converts the code into Java.

This way, you can avoid having to write everything in Java and still get the same results which makes it easier for programmers to finish their tasks.

It also means you have the ability to write scripts in multiple languages which is handy for programmers who can’t get enough of a certain language.

This is a great way to have the best of both worlds: you can use Java for most of your programming work and still have the ability to use scripting languages for specific tasks. 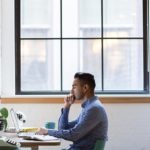 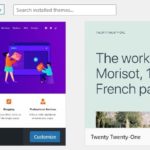 Things You MUST DO Before Changing WordPress Themes