Listed below are 10 of the best and most well-known projects made with Go language. All of which is even more well-known than the language it was written on itself.

Kubernetes is one of Google’s container orchestration project that doubles as a Go project and is written entirely in Go language, commonly known as k3s.

Perhaps the best success story for proving the power of Go is through Docker. After a year, this technology of software containerization has become the photograph that led the way for the suitability to any extensive, distributed software project of Go.

CoreOS, or Red Hat project as we know it now, utilizes Docker as a means in turning Linux into a group of loosely coupled containers and is potentially a path away, which has become a necessity in the Linux package management. It’s also worth mentioning that Etcd and Fleet, two fundamental services of CoreOS’, are written entirely in Go.

Since Go’s implementation of SSH, it certainly became the default language of choice for many networking projects. Alongside this, it also served as the groundwork for projects such as Gravitational Teleport that allows users to access servers securely through a shell.

CockroachDB, its name being chosen solely for its resiliency, is a distributed database programmed to survive all manners of calamities, including data center failures, is written almost entirely in Go, with only a smidgen of C++ for performance-intensive core functions taken from predecessor project RocksDB.

Terraform is a system designed for constructing IT infrastructure in cloud or on-premises by way of files translated into code. It was drawn from the speed and power of Go in the hopes of building an even bigger and more ambitious project than HashiCorp — which is a Ruby-based tool for managing development environments and was also founded by the same creator of Vagrant.

A static site generator that utilizes Go solely for its features’ many advantages when it comes to swiftness and efficiency is Hugo. These features include smooth HTML rendering, networking libraries,  internationalization roles, as well as capacity to position as a single platform-native binary that’s redistributable.

InfluxDB is a distributed time-series database with zero external dependencies. “Time series” is referring to how InfluxDB itself is only chiefly concentrated with taking events or in metrics and analyzing them in real-time.

Traefik is written purely in Go. It is a reverse proxy, as well as a load balancer designed for network services to work with an extensive disparity of orchestration options. It generates the routes automatically needed by microservices to converse to the outside world.

Being part of the Kubernetes universe, the Istio project is one that deals a problem that’s understood and dealt with poorly by a lot of enterprise app environments. It is Istio that provides a programmable “service mesh,” or layer of network proxies that allow for any changes to the network be made to be programmatical via a shared control plane. 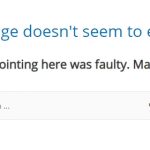 What are Media Queries? 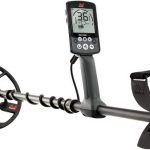