Clean architecture is what developers strike for in any platform development. In recent years, there are many attempts to make clean architecture in Android a thing for reusable code and easy test-ability. That’s a good sign for Android development community and there have been many good tutorials and templates to learn from. 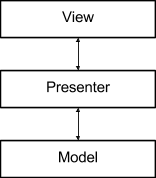 This article is a step-by-step introduction to MVP on Android. It shows  both simple examples and advanced ones with best practices.

Google should have created this template and made it as built-in plugin for Android Studio. This is a MVP template created by ProAndroidDev. You can forget about the boilerplate code written on the beginning of a new project. It is not a one-size-fit-all solution so you need to modify the template based on your project’s features and design.

This is an boilerplate template ribot use as a reference for new Android projects. You can see how they integrate popular libraries: Support libraries, RecyclerViews and CardViews, RxJava and RxAndroid, Retrofit 2, Dagger 2, SqlBrite, Butterknife, Timber, Glide, AutoValue with extensions AutoValueParcel and AutoValueGson, Functional tests with Espresso, Robolectric, Mockito, and Checkstyle, PMD and Findbugs for code analysis.

Android starter is a MVP project with support of Dagger2, RxJava2, Robolectric, Espresso, and Mockito. It provides a generator to quickly create a Android template project.

A Guided Tour inside a clean architecture code base

This tutorial guides you through MovieNight, an app that uses the clean architecture approach and is written in Kotlin. MovieNight uses The MovieDB public API, which is free to register.

Add leading zeros to a number in Kotlin