MP3 is a type of digital audio file that can be played on devices such as MP3 players, PCs and smart phones. It’s one of the most popular formats for storing music because it uses less storage space than other types of files. The name “MP3” comes from MPEG-1 Layer 3, which was the standard set by ISO in 1991.

The MP3 format is supported by some of the most popular media players, such as iTunes and Spotify. It’s also possible to convert files into MP formats using third-party tools like VLC player or Audacity. The main benefits of this type are that it doesn’t take up too much space on your computer and can be played with any device capable of playing audio files.

The popularity of these types comes from a number factors, including: their small size; simplicity for users who don’t want to download large videos; lack of DRM (Digital Rights Management) which prevents people from sharing music between devices without additional software; its compatibility with video games consoles. They offer good sound quality at low bit rates while being generally compatible with a wide range of media players.

How to open MP3 file?

If you want to open an MP-3 file, it’s best that you use a media player. It can be played and created in Windows Media Player or the iTunes program on Macs. You will need either of these programs to play files with this extension like many others such as WAV, FLAC and MPA formats. The most common ones are listed below: Quicktime Player for macOs or Windows Media Player for windows machines; VLC (Videolan) is known all over the world as one of the top media players available anywhere today. 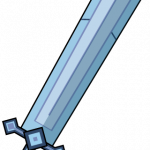 What is AIFF and AIFF-C File?