he decided to switch over when I realized that Slim PHP framework for that certain site would be able to do much more than what WordPress could offer him in terms of security, speed, load times, and functionality.

That’s why he told me about Slim framework.

What is Slim Framework?

The PHP framework is an open-source platform that provides a set of tools for structuring, organizing and maintaining code.

Slim Framework has features which include:

Fast – The lightweight design makes it faster (and easier) to load pages with large datasets; Easy Maintenance – Easily edit any part of your application without affecting others using version control systems such as Git;

Customizable – You can extend and modify anything you want because of its modularity. This also includes easy integration with third party libraries through the use of Composer for dependency management.

PSR-7 Support – Slim has been optimized to support a variety of PSR-7 HTTP message implementations, and you will be able inspect or modify the request’s header information. You can also manipulate cookies on your Slim application as well!

Dependency Injection – Slim offers a simple and elegant solution for dependency injection, giving you full control over your external tools. You can use any Container-Interop container!

Middleware – With concentric middleware, you can use HTTP request and response objects to construct a Slim application.

Why You Should Use Slim Framework

In a word: freedom! That’s exactly what switching over has done for me- it has given me back control of my site thanks to all of these wonderful benefits offered by this awesome software. For example, as soon as I switched everything went so smoothly because there is less clutter on the page since the scripts are handled differently and they’re not being loaded in until needed–all of these things make for a much more user-friendly experience.

Moreover, the fact that it is flexible and scalable makes me feel like I can grow my site with this software as opposed to having to switch over when I’m already at capacity–I don’t want to have to worry about doing all of those updates because Slim PHP framework will do them automatically!

It’s also faster than WordPress and uses less RAM which means that not only is there better performance but also less strain on your computer’s resources. This was one of my main worries before switching: what if something goes wrong? What would happen then? But now I know that the system has been designed so well from start to finish; everything in place takes care of itself without any intervention necessary from me.

This framework has been around for a while which means that it’s had time to mature and become better than ever–there are over 1000 developers using this software right now, more than WordPress! And because it does so many things automatically there is less chance of error when developing new features or making updates.

There is also support in place with LTS releases every two years or minor releases as often as needed, depending on the developer’s needs- I only have to worry about upgrading my PHP version if need be rather than worrying about whether or not these other issues will cause any problems later down the line. 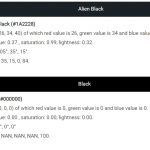