Are you looking for a new anime to watch, or looking to get into anime to begin with? There are thousands of anime to choose from, so it’s hard to know which one will fit your taste. So without further ado, here are the top 10 best anime of all time.

Sword Art Online is the name when it comes to VR anime. The main character is Kirito, graphics and animations are on the highest level possible and the attention to detail is even better. If you haven’t watched this anime, now is the right moment to start.

One Piece follows the life of Monkey D. Luffy, who has supernatural abilities after consuming Devil Fruit. His goal is to find the best treasure of them all, known as One Piece, hence the name. By the way, the main character is a pirate and leader of Straw Hat Pirates. If he finds the treasure, he will become the Pirate King.

Naruto has been known as one of the best anime in the world ever made. Its story is appealing and the characters are excellent. The series is so popular that there are no anime fans who weren’t addicted to it at some point in their life.

Here we can see Goku, Vegeta, and many other Z warriors. Impressive combats, supernatural abilities and a detailed story that follows Goku since the start made this anime simply the best. It is so desirable and popular that there is no single person who doesn’t know what Dragon Ball is.

The series is well-known thanks to graphics and art style that is different than any other development. The enemies are powerful and unique as well. The main characters are Mikasa and Eren.

The series in question follows the attempts and success of Elric and Edward as they try to repair their damaged bodies. They will be on amazing quest and they will have to do amazing things.

Lelouch vi Britannia has the main role here. The character is a leader who has the ability known as Geass. What this allows him is to control the actions of another person (literally anyone) one time. As such the anime is unpredictable and you will want to know every next step.

The series is so addictive that you won’t be able to stop watching it. The character known as Nen will help you push your life into the series. He will have all kinds of fights with all kinds of enemies. It is important to add that the graphics is slightly better than average.

Ken Kaneki will become a Ghoul, a superb creature. But there is one major drawback.  He must leave the society. The new world is appealing to him and to us and he will have to start learning all the fundamentals from scratch. The anime follows his new life.

There is no better title for this anime. Basically, it will be based on the strongest person in the whole universe. He is known as one punch man due to obvious reasons. The story is interesting and there is a lot of versatility in the series and a lot of interesting situations and circumstances.

Black Butler is a popular but easy to get into anime if you like action and the occasional quirky character. In Black Butler, Ciel Phantomhive, a 12 year young earl, sells his soul to a demon named Sebastian to avenge his family’s death. The demon takes the form of a butler and follows the orders of his master.

This is a fun, adventure filled anime. The title character is a dog half-demon who is seeking out the Shikon jewel—which holds immense power—so he can become a full demon. Kagome, a girl who falls down a well and is the reincarnation of Kikyo (an ancient priestess), befriends Inuyasha. Long story short, the jewel gets shattered and Inuyasha and Kagome have to find the pieces before they end up in the wrong hands.

Want something wholesome? Lucy, a mage who is looking to become a full-fledged wizard, meets Natsu, who helps her join Fairy Tail—the best guild. In a heart-warming series about friends and family, this anime takes the audience through dangers the guild faces and overcomes through friendship.

If you’re looking for something darker, and maybe a little more horror focused, look no further than Death Note. While not the most horrific of anime, it’s about a notebook that has the power to kill anyone whose name is written in it. Light Yagami finds the notebook and uses it for his own benefit, while a detective known as L tries to stop him.

With people wondering if there is even a plot, this anime delves deep into psychological territory. Two abnormal territories, known as Hell and Heaven’s Gates, alter the landscape and sky, and cause people with special abilities to emerge. These people are called Contractors and have lost their humanity. This anime follows Hei, a Contractor working for the Syndicate.

A little on the strange side, Parasyte is action-packed and alien attacked. Sinichi Izumi, the main character, is infected by a Parasyte—but not in the usual way. Parasytes generally enter through the ear and take over the human brain but Shinichi’s Parasyte entered through the arm, taking control of his right hand and leaving his brain intact. They form a bond and fight other Parasytes, as Parasytes consume humans.

About a mercenary competing in a contest for the Holy Grail, this anime is dark and demanding. Fate/Zero details the events of the Fourth Holy Grail War, a contest where seven mages summon seven Heroic Spirits to obtain the Holy Grail, which grants wishes. However, Kiritsugu, the mercenary, is torn between what he must do to obtain the grail and the love for his family.

If you’re looking for a heart-wrenching story, No. 6 is the way to go. In a city known only as No. 6, Shion, a student, saves a young prison escapee named Rat. The two uncover the dirty secrets of this ‘ideal” city and discover more about themselves along the way.

Another deeply psychological anime, Psycho-Pass is set in futuristic Japan, where the Sibyl System is enforced. The Sibyl System is an objective means of determining a citizen’s threat level by examining their mental state. However, the main character finds that the system isn’t all it’s cracked up to be.

Soul Eater is the anime that got many people into anime in the first place. About a school of meisters and living weapons, it focuses on Maka Albarn, a meister who is determined to make Soul Eater into a death scythe through killing and absorbing the souls of the evil. 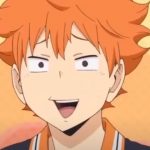 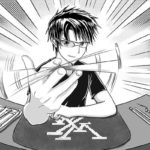