To make an app’s UI alive, we use animations which is a complex procedure.

This type of animation can be created via using a widget that is provided by Flutter core. You can modify a widget property by setting a target value; whenever that target value changes, the widget animates the property from the old value to the new one.

For example, we use AnimatedAlign widget to make a widget change its position based on alignment property or AnimatedContainer to animate a Container’s change of property such as decoration, height, width.

Explicit animations are a set of controls for telling Flutter how to rapidly rebuild the widget tree while changing widget properties to create animation effects.

Most want to see a demo or an example of an animation widget or library. That’s why I create this Flutter repository in hope to showcase built-in animation widgets and some popular libraries. The animation property is controlled via an AnimationController. It is often coupled with AnimatedBuilder widget to animate any of its children widgets.

In case of 3rd-party libraries, I mostly use the examples on their official page.

I composed a list of useful animation libraries for Flutter here. 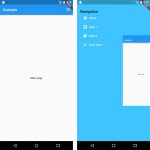 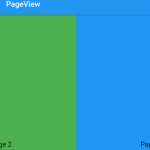