Symfony is a robust PHP framework to kick-start any web projects from small to big ones. Following are my recommended IDEs to make coding in Symfony a better experience. 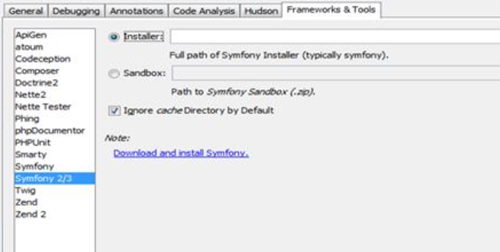 Atom is a modern text editor listed under MIT license. Atom-IDE is a set of optional packages to bring IDE-like functionality to Atom and improve language integrations, which means you can install PHP-related and Symfony-related packages to make it become a full Symfony IDE. By installing some packages, its features can be compared to PHPStorm.

PHPStorm is a very powerful IDE for PHP development, comes with most modern set of features. It supports FTP/SFTP synchronization, sub-version control, Subversion, CVS, Mercurial and Git, HTML, CSS, JavaScript and language-mixing like SQL or HTML blocks inside PHP code, JSON, and many more, which makes it is the feature-rich editor for coding in PHP.

PHPStorm works well with many popular frameworks and CMSes like Symfony, Zend Framework, Yii, CakePHP, Laravel, Drupal, Magento and WordPress. Working with Symfony using PHPStorm is a breeze if you can afford its cost.

Eclipse PDT is another open source editor for Symfony. Eclipse has been around for many years which can prove its usefulness. Like other editor, Eclipse PDT supports syntax highlighting, code formatter, refactoring, code navigation, code templates, php debugging, and sub-version control.

1 thought on “Recommended IDEs for Symfony”