Apple has announced the newest iPad Pro models, and they’re impressive. The 10th-generation iPad Pro are available in two sizes: 12.9-inch and 11-inch, with a Liquid Retina XDR display on both models that is three times more colorful than previous versions of the device. Apple also introduced its new M1 chip which will make these iPads some of the most powerful ever made. And when 5G becomes widely available in 2021, this tablet may be one of the fastest devices you can buy!

Featuring a breakthrough Apple-designed M1 chip and breakthrough Liquid Retina XDR display, iPad Pro is the fastest device of its kind. With a Octa-core CPU and up to 16GB of RAM, the new iPad Pro is powerful enough for pro-level photography editing. Compared to the A12Z, CPU performance is 50% faster and the GPU is 40% faster, too.

The new iPad Pro also features an advanced 12MP camera system with Smart HDR that automatically adjusts the exposure level for each shot.

The tablet gets a Thunderbolt port which makes it behaves even more like a computer. Now you can connect to a high-speed storage device or an external display at the same speed as any computer.

One of the most groundbreaking features in the new iPad Pro is its Liquid Retina XDR display. The two displays 11″ and 12.9” panel has over one billion colors and incredible contrast, making texts and images super clear.

Apple has developed the revolutionary M1 chip that offers industry-leading power efficiency and enables all of this amazing performance in a thin and light design of the new iPad Pro. I think that the new iPad Pro is targeting a very specific audience: writers, photographers, amateur filmmakers, vloggers, animators who need to modify creative content on the go. 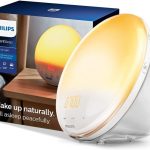 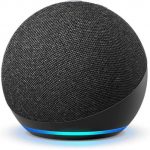