With the stock market being no different from an online casino over the past two years, people have looked to cryptocurrencies like Bitcoin to invest in, hoping to strike it rich. While Bitcoin saw record highs in 2021, the cryptocurrency has had a rocky start in 2021. While Bitcoin is looking to get back to its high for the start of 2022, can it keep up its current upward momentum and take it higher throughout the rest of the year?

Bitcoin and the Stock Market: A Rocky Relationship

While Bitcoin didn’t use to be affected by the stock market trends, it is now more closely in line with the highs and lows of the market. That could be due to more investment firms backing Bitcoin as an investment option, which has affected Bitcoin when these firms sell on the panic of the daily news. With investment firms dumping Bitcoin based on the news cycle to protect their clients from losses, it has a ripple effect that hurts the value of Bitcoin.

While Bitcoin hasn’t entirely made it back to its high from January 1st of 2022, the cryptocurrency is making its way back to the upside. After news of a possible Russian invasion into Ukraine rocked Bitcoin and the rest of the stock market, the crypto has recovered since that news was announced last week. With Bitcoin being invested by investment firms whose job is to protect their clients from losses, will Bitcoin ever have a chance to return to its days of not being affected by the stock market?

Bitcoin’s Volatile Past Hurts It, But Will Widespread Acceptance Help It?

Bitcoin has never been seen as a stable investment by some people. However, the value of Bitcoin has gone up by over 4,000% in the past five years. While Bitcoin has had some rocky years, overall, the cryptocurrency has been a solid gainer for people that invested in Bitcoin. If a high return over five years is volatile, like most market analysts consider Bitcoin, those people are clearly in the wrong business.

While Bitcoin does have some big swings in value, it has been on the upward trend for a more significant portion of those five years than it has been on a downward trend. The biggest reason for Bitcoin having upward swings is that more places accept Bitcoin as a form of payment. As companies and countries start accepting Bitcoin, it will help stabilize Bitcoin’s value and help prevent investors from selling off when they think they need to invest in something more stable in the market.

The more places that take in Bitcoin as payment, the safer investors and users of Bitcoin will feel about Bitcoin. That acceptance will help Bitcoin overall in the future, seeing a lot of countries are adopting some form of digital currencies.

Bitcoin’s Environmental Impact: Another Shortfall That Has Countries Questioning Its Worth

The amount of electricity that transacting Bitcoin consumes is huge, 1,173 kWh to be exact. Mining for the crypto is even worse, with the Cambridge Center for Alternative Finance coming out to say that Bitcoin consumes about 0.55% of global electricity use. That usage might not seem like much, but it is a larger power consumption than some small countries.

That power consumption has put a target on Bitcoin from environmentalists who see the cryptocurrency as a danger to the environment. Unless Bitcoin miners use renewable energy in their mining efforts, there will always be that target on Bitcoin, deterring countries from widely accepting Bitcoin. So Bitcoin will have to solve its power consumption problem first before getting better footing with countries looking to reduce their carbon footprint.

While Bitcoin does have downsides like environmental impact, people that invest in Bitcoin don’t seem to care too much about that fact. But if countries start cracking down on Bitcoin due to its power consumption, Bitcoin might see investors pull out due to the crackdown. It will cause the same negative effect that Bitcoin experienced when China announced its ban on Bitcoin. As long as other countries don’t follow China’s lead on Bitcoin, Bitcoin should have a good year in 2022.

Benefits of an Electric Shaver How to Install NoxPlayer on Windows 11 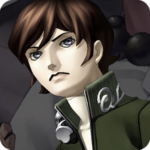 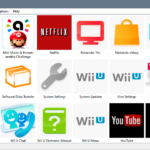 2 Nintendo Wii U Emulators that Work