Before we dive into our list of PLC programming languages, let’s first define PLC programming. PLC stands for Programmable Logic Controller and works as a special computer programmed to specific operations in industries like automotive, petroleum, or steel. Nowadays, companies use PLC in many machines in different industries.

Let’s take a look at the most popular languages used in PLC programming:

Ladder Diagram or also known as Ladder Logic is the first-ever PLC language and also the most popular one. It doesn’t necessarily look like a ladder, but it is named that way because of the appearance of the control logic that illustrates how relays were wired together.

Function Block Diagram is the next most popular graphical programming. It is similar to LD but it uses boxes. These boxes are connected to each other and are used to make a system. If your program needs motion control, FBD is your safest bet.

SFC resembles a flowchart where it uses steps and transitions to achieve your output. You can use it for debugging because you can easily see what’s wrong. You can also use this for breaking down repetitive steps.

SL is based on a textual language that is very comparable to Basic, Pascal, and C. It is a language that excels in executing complicated tasks. It also has functions that other languages do not have but its syntax can be kind of difficult.

Also a textual based language, IL uses mnemonic codes like LD, OR, ACC, and others. This PLC language contains commands on each line of code. It is like the assembly language of PLC programming. However, IL’s errors are a little puzzling to fix. 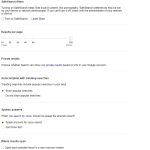 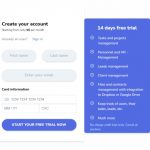