There are a lot of memes on the internet, and some of them are funny! This blog post is for all of those who find themselves in front-end or back-end programming. If you’re not sure what these terms mean, then this post may be helpful. It includes both humorous and non-humorous memes from various sources that will entertain readers while they learn about different aspects of computer science.

Let’s see some of the most funny memes about front-end and back-end developers.

Does back-end developer mean to code at the back of a monitor?

If CSS is done right, even topping can be float right.

What are the differences between front-end and back-end?

Do you know that CSS is awesome?

CSS can set an object’s position with margin property.

Back-end– Back-end is the term used to describe a computer program or system that handles data, storage and other functions that are not user-facing. The back-end is sometimes called ‘server’ because it sits in the background waiting for requests. The back-end manages communications between different software programs and performs tasks like sending emails, storing files or managing databases. It can be any type of computer programming language. Examples of languages include C++, Java, Python and PHP. It may also use frameworks such as Ruby on Rails or Django.

Front-end – Front-end is the most important part of a website. It’s what people see and interact with when they visit your site. Front-end development includes HTML, CSS, JavaScript, and other technologies for presenting content to users via a browser. The term front-end can also refer to the design process in general as opposed to back end development which is focused on maintaining databases and servers. Front-end developers are responsible for creating code that displays web pages with text, images, videos or interactive elements like forms or buttons so that users can read and engage with them. They typically work closely with graphic designers who create visual designs for how things should look before making any changes to code or markup language such as HTML or CSS. 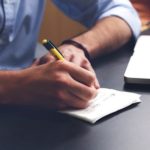 Bike and Car Repair as a Hobby