Giant humanoid creatures called Titans suddenly appeared and nearly wiped out humanity. The survivors of the attack took refuge behind a huge wall that they built to keep the Titans out of their cities. After many years, people have finally been able to reclaim some land outside the wall, but at a high cost: They are still under constant threat by these mindless monsters!

Eren is the main protagonist of Attack on Titan. He has a one-track mind when it comes to killing Titans and he will stop at nothing until they are all eliminated from his world. His strong sense of justice often puts him in hot water with others, but that doesn’t deter Eren from what needs to be done…even if he must put himself in harm’s way!

Misaka wanted to live a normal life with Eren. After the fall of Wall Maria, she joined the military in order to follow and protect Eren.

The most feared man in the world of Attack on Titan, Levi is a skilled swordsman and commands his troops with an iron fist. His nihilistic outlook on life has caused people to label him as coldhearted or detached – but if you know Levi like we do, he’s just being practical. 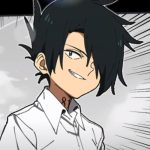