Smash Four is a game about skill and planning ahead which doesn’t just make it incredibly fun but challenging as well. While the mechanics may be simple but going into a match without having a strategy can always end up badly.

To help you get good and win, we’ve done the research for you to bring you top 7 Smashing Four tips! 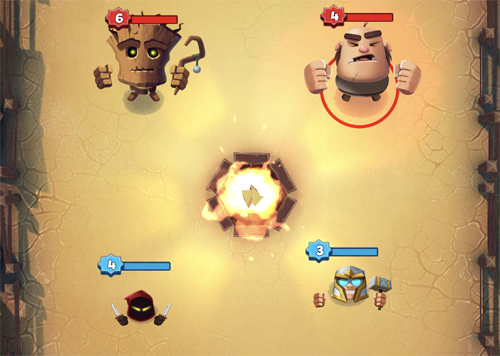 Have A Balanced Team

You can only add a limited number of heroes to your squad which makes choosing each hero wisely very important. Each hero has unique skills and you unlock more heroes the longer you play but finding the right balance of healers, attackers and support is going to be crucial if you want to win.

When it comes to strategy games, planning ahead and determining which moves your opponent will make can help you greatly. If you want to win, you just can’t go smashing into the enemy hero that’s right in front of you but rather focus on using your hero’s abilities and gain the upper hand and use the environments to gain an advantage.

If you want to win then you’ll have to rely on more than just the base heroes you get. There are a variety of heroes to unlock each with their own unique power which will definitely prove more than useful.

To hit your target you’ll need to get better at aiming. You tap on your hero and push your finger back to charge your shot but you’ll need to make sure it sticks otherwise, you’ll be wide open to your opponent’s attacks.

When it comes to getting the best skills, upgrading your heroes is going to be very important. Some heroes like the Shaman and Assassin really start to show their charm when you level them up a few times to unlock new abilities.

To join a clan, one needs to reach 200 trophies. We suggest you to join one as soon as your trophies reach 200.

Check out store daily to see new cards in the shop. If it has the Rare card you use, buy at least 1. You already know that Rare card request is hardly fulfilled so buying is a good option to obtain more cards to level them up.

How to Get Free Gems and Gold

Besides opening chests, Smashing Four provides us a free way to earn Gems and Gold, Achievements. They are prizes from completing certain tasks like complete an amount of healing heroes, enchant other heroes. Among these achievements, there is an easy 1 which can earn you good amount of initial golds and gems.  It is called “Party, Party!”, which requires to win friendly battles.

Connect to your Facebook to find a friend who plays Smashing Four, then on Friend tab, challenge him to a battle. Then make him surrender. Repeat until you get all available gems and golds. 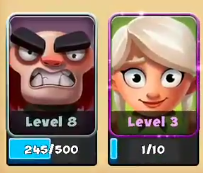 Enchantress can buff over 40% damage to any friendly heroes it touches. Satyr’s damage is increased by a certain amount when being enchanted, be it buff, de-buff or poison. Satyr has a lot of Hit Points, and after being enchanted, it becomes a killing machine with high damage and high Hit Points. This combo is the foundation, you can add cards like Pirate, Giant to make this deck both strong and high endurance. 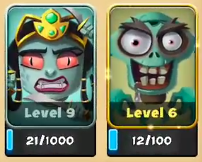 Zombie injects poison to enemy heroes, which make their Hit Points decreased by a certain amount after a friendly hero’s turn. Naga’s damage to enchanted enemies is increased. This includes poisoned enemies, too.