Python GUI frameworks can be a powerful tool for developers who want to create modern, interactive and responsive user interfaces. There are many Python frameworks available that make it easy to develop cross-platform applications. Which one should you choose? In this post we’ll go through some of the most popular options so you know which framework is best for your needs!

Tkinter is the most simple Python GUI framework and can be used for quick prototypes. It has a fairly small API that includes basic widgets like buttons, labels and text input fields. Tkinter doesn’t come with any tools to handle window management or events though so you’ll need to use other libraries if your application needs them.

Tkinter is a great choice for programmers who are working on memory-efficient programs. It’s quick start up time and small footprint make it the perfect GUI library to use if you want your program to run even faster than usual. If an application that is converted to exe with Tkinter into exe has its size to be smaller than other GUI library equivalents because of its decreased overhead as compared to their heavier counterparts like pyqt or wxPython.

PyQt (pronounced ‘p-q-t’) is another popular option among Python developers because it wraps the Qt library which provides powerful UI features such as drag & drop support, cross platform compatibility and event handling capabilities from one single code base.

Usually, GUI designing is a tedious job. You have to code each widget individually and then compile it before testing the app on your device or in an emulator. With Qt Designer, you can drag widgets around and connect them with lines of code all at once so that everything works nicely together!

PyQt requires more time to learn how its various components work together but it might be worth this investment if you want a well documented solution.

PySide is a Python GUI framework that wraps the Qt library and can be used for cross-platform development.

PySide works well with C++ and has a more involved API than most other frameworks, which might add some additional time to learning it but also provides extra features if you use it full time.

Kivy offers OpenGL ES support so your UI will look great on Android devices too. It’s fairly easy to learn as you only need to know how one language – Python – in order to start developing applications. Kivy doesn’t have any specific documentation though so this may not work for people who don’t want another steep challenge before using their software package.

WxPython is an old favorite among developers because it has a large API, supports different widgets such as sliders and grids, and is cross-platform. If you’re looking for something that will be reliable to use then this might be the best option.

The native GUI in wxPython is pleasing to the eye and will look natural on any Operating system. In contrast, some people may want a more unified interface across all platforms; others prefer their own specific style. 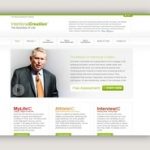 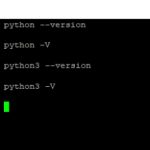 Should I Learn Python?