It is hard to make a production-ready game when you are new to this industry and is an individual developer. To develop a game for multiple platforms you need many different skill sets, from coding, and design to making music, and not everyone is gifted with all of those skills.

This is an important step. It decides how fast you can publish your first game. I recommend you choose one between Unity and Unreal Engine. They have a big community behind and their tools are up-to-date.

When choosing a game engine, consider the type of game you want to make, your budget, and your level of experience. For example, if you are a beginner, a game engine with a steeper learning curve, such as Unreal Engine, may not be the best choice. On the other hand, if you are an experienced developer, a simpler game engine like GameMaker may not offer the features and flexibility you need.

The following are the most popular game engines:

Unreal Engine is a game engine developed by Epic Games. It is a powerful and versatile tool that is used by many game developers to create a wide range of games, from small mobile games to AAA titles.

One of the key features of Unreal Engine is its ability to produce high-quality graphics and visual effects, which makes it a popular choice for creating visually impressive games.

In addition to its graphics capabilities, Unreal Engine is also known for its ease of use and extensive documentation. It has a user-friendly interface and a large number of tutorials and resources available to help developers get started with the engine.

It also includes a range of tools and features that make it easier to create and test games, including a visual scripting system, a level editor, and support for a variety of platforms, including iOS and Android.

Unity is a game engine developed by Unity Technologies. It is a popular choice for game developers due to its ease of use, cross-platform compatibility, and extensive feature set.

Unity was first released in 2005 and has since become one of the most widely-used game engines in the industry. It is designed to be user-friendly and intuitive, making it accessible to developers of all skill levels. It is also highly versatile, supporting the development of games for a wide range of platforms, including desktop, mobile, console, and virtual reality.

In addition to its use in game development, Unity is also used in a variety of other industries, including architecture, automotive, and film. This is due to its ability to create interactive 3D content and its support for real-time rendering.

Created by CryTek in 2002, CryEngine is one of the most reputable game engines out there. It is a cross-platform engine that has also been used as a source for other engines.

It gains regular updates and upgrades, so you know that you can always be up to date with the latest technologies in the industry. It allows the development of all kinds of games, including realistic first-person shooters.

CryEngine is used by a number of major studios and has been used to create many high-profile games, including Hunt: Showdown and Kingdom Come: Deliverance. It is suitable for both beginner and experienced developers and is trusted by many top names in the gaming industry.

Amazon Lumberyard is a game engine developed by Amazon. It is based on CryEngine but has been modified and enhanced with additional features and tools. Amazon Lumberyard is a powerful and feature-rich engine that is used by many game developers to create a wide range of games, including both 2D and 3D games.

Amazon Lumberyard integrates seamlessly with other Amazon Web Services, such as Amazon GameLift and Amazon Web Services (AWS). This allows developers to easily host their games on Amazon’s servers and leverage the scalability and reliability of AWS.

Godot is a free and open-source game engine developed by the Godot Engine community. It is designed to be user-friendly and intuitive, making it accessible to developers of all skill levels.

One of the key features of Godot is its node-based design, which allows developers to easily create and organize the different elements of their games, such as characters, objects, and environments. It also includes a visual editor with a range of tools and features to help developers create and test their games, including support for instancing and inheritance, a flexible scene system, and a content creation pipeline for artists and level designers.

Godot is also known for its cross-platform compatibility and live editing capabilities. It supports a wide range of platforms, including desktop, mobile, and console, and allows developers to make changes to their games in real time without having to stop and restart the game.

GameMaker has a self-explanatory name and its reputation is given by the fact that it does not require any programming experience at all. Instead, designing a game is fairly simple – point, click and forget about coding. The software has been used for more or less known games, with some of its top games including Hotline Miami, Spelunky, and Super Crate Box.

The game engine is available in a few different options. You can practice and gain some skills with the free version, but gaining full access to all of its features involves getting a premium subscription.

Before you start building your game, it’s important to have a clear idea of what you want to create. This includes the genre, gameplay mechanics, storyline, and character development.

To plan your game, consider the following questions:

When designing your game, it’s important to keep your target audience in mind. Consider what type of gameplay and graphics will appeal to your players, and make sure to test your game frequently to ensure it is fun and enjoyable.

Once you have a clear idea of what your game will be, you can start sketching out a rough design document to help guide your development process. This document should include a detailed description of the gameplay mechanics, storyline, and characters, as well as any other important details about your game.

There are 3 options for game assets.

This involves using the tools and features of your game engine to bring your game to life.

To build your game, you will need to:

Once you have built your game, it’s important to playtest it to ensure it is fun, balanced, and free of bugs. Playtesting can help you identify any issues with your game, such as gameplay mechanics that are too difficult or not engaging, or bugs that need to be fixed.

To playtest your game, invite a group of friends or other people to play your game and provide feedback. You can also use online platforms, such as forums or social media, to gather feedback from a wider audience.

Use the feedback you receive from playtesting to make any necessary changes to your game, such as adjusting gameplay mechanics or fixing bugs.

Once you have completed and playtested your game, it’s time to publish it and share it with the world. There are a variety of platforms and stores that you can use to distribute your game, including Steam, the App Store, and Google Play.

To publish your game, you will need to create an account on the platform or store of your choice, and follow their guidelines for submitting and publishing games. This may include creating a game page, uploading screenshots and videos, and setting a price for your game.

What are the differences between :first-child and :first-of-type in CSS

What is CamelCase? UpperCamelCase vs lowerCamelCase 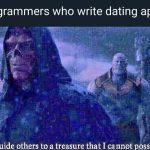 Do Programmers Have Girlfriends / Boyfriends? 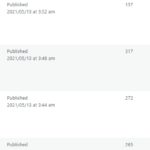 How to View Word Count in WordPress Posts 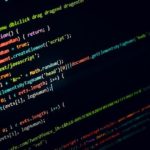 What is a Bug in Programming? 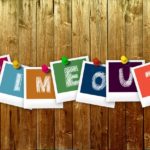 What is Socket Timeout?