One of the many reasons why Unity is loved by many game developers is due to its big asset store with many ready-to-use assets. Unity game templates are among the most popular assets.

RPG Builder is a toolkit to create RPG games in Unity without much coding.

It has built-in functions which you can drag and drop to Unity Editor to adjust properties to create a working features.

TDTK a framework within Unity which comes with a variety of tools that are flexible and configurable to create tower defense games of any kind.

UFPS is a professional package for developing first person control games which can run smoothly in multi-platform, including PC, mobile, console, and VR. Shooter game is not the only genre this template can make. Any developers can use it to develop shooter or mage battle with a first person perspective.

TDS-TK is the best choice when it comes to making 3D top-down games, be it a shooter or medieval fight.

This template kit is developed with the purpose of aiming for the easy construction of a variety of turn-based games.

Similar to TDS-TK, you can modify any aspects of the game including enemy types, gun types, skills, and abilities.

It is not an easy task to make a city builder strategy game from scratch. That’s why we need this kit.

The main purpose of this kit is to help develop mobile city-building strategy games with PvP battles. It will help you save thousands of hours.

ORK Framework allows you to create your own RPG game without writing a single line of code. It allows you to set up your status system, characters, enemies, equipment and everything else you need in the ORK editor.

ORK supports four different types of battle systems, including Turn Based, Active Time, Real Time, and Phase, with a wide range of settings. Its node-based event system allows you to create cut-scenes and dialogues, animate your battles, add custom game mechanics and many other things.

uMMO is the best tool for rapid prototyping especially for open world MMOs. The kit will help you make a MMO RPG, Shooter, RTS, etc… It has a powerful input engine which is automatic input synchronization between server and client (authoritative server setup). It serializes everything out-of-the-box in order to secure data transferred between server and client.

uMOBA is a MOBA game kit. It contains all the Multiplayer Online Battle Arena core features to make an addictive MOBA.

Hexa Puzzle Block is a block puzzle game kit. Its mechanic is to drag pieces to board and fill up all grids. The kit supports 4 difficulties ranging from Beginner to Expert and in 240 levels in total.

It is not only a kit but also a completed game with designer, sound, effects, game-play, full map, full resource, full animation.

Match 3 Sweet Sugar is a ready-to-publish game kit. You only need to change the assets to publish a new working game with all features.

Jelly Garden Kit is a complete match-3 tool for Unity.

Intelligent Race Driver System (iRDS) is a Race Game Toolkit that would help you to develop your Racing Games. It includes an AI system to compete with human players and it’s own Car Physics.

This toolkit has all you need to make your own adventure game such as Monkey Island, Telltale’s The Walking Dead.

It supports 2D, point-and-click, third-person, first-person – or a mix of each.

This template will help create a trivia game, along with a timer, lives, and varying bonuses.

You can create quiz questions directly in the editor or import from an XML file.

Corgi is packed with features to provide the best tool to develop 2D + 2.5D platformer or run & gun games.

The kit comes with 50 demo levels for developers to understand and make the most of the package.

It has an advanced AI system for creating complex enemy, boss, or friendly AIs behaviors.

The Infinite Runner Engine is a highly customizable, optimized and easy to use toolkit for making your very own endless game. It offers tons of read-to-use classes, easy to customize for your own needs.

Whether you want to develop a game like a side scrolling, fast paced runner like Canabalt, curved runner like Ski Safari or Tiny Wings, or maybe a 3rd person view game like Temple Run, this toolkit has every features covered. 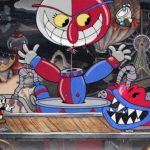 Popular Games Made with Unity 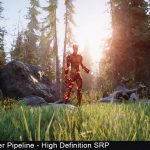 How to Use Visual Studio Code with Unity