Perhaps one of the most common complaints of gaming on mobile devices is trying to control them with a touchscreen. It’s possible to become good at games using only touch controls, but it seems to be generally agreed upon that nothing can replace the feel of pressing a physical button; it’s that tactile response that makes the whole gaming experience much more satisfying than pounding your fingers on a flat screen.

Games for Android phones are getting more and more sophisticated, but the touchscreen interface yields mixed results. A gamepad can provide a physical, tactile solution to this problem. You plug it in via the headphone jack on your phone. Games that require pinpoint accuracy-think racing games or action RPGs-benefit from a gamepad.

Simple controls like jumping, shooting, and scrolling are suddenly simple again. Some people find it easier to play with two thumbs on a gamepad, instead of two fingers on the screen. Tablet games are especially good with a gamepad because the controller is tailor made for touchscreens.

A gamepad is an input device typically used in video games to control virtual characters and objects by sending input signals generated from buttons and analog sticks. Gamepads usually have a direction controller and 8 or more buttons and one digital “joystick” (or D-pad).

A gamepad is like a small version of an old NES controller, with two joysticks instead of one. It has all the usual buttons you need, plus shoulder buttons on each side.

The button layout is designed to mimic modern consoles with its two analog sticks, placed on the top-left and bottom-right parts of the controller, four main buttons (A/B/X/Y) above the right analog stick, three extra buttons on the left, and two shoulder triggers. It has just about all the buttons you need (and then some) for any smartphone game to function well.
While the button layout looks nice and standard, the shape of the gamepad leaves a little bit to be desired. It’s mostly a flat surface with handle grips on the left and right-hand sides. It’s reasonably comfortable, but it doesn’t compare to the designs of modern console and PC controllers.
As part of its dedication to smartphone gaming, it also includes a mounting bracket for your phone. You place it on top and the bracket will hold it in place fairly well, so that you only need to concentrate on holding the controller.

This Android gamepad works by connecting to your phone via Bluetooth. This means that the controller unit is separate from your mobile device, so you are not required to use the mounting bracket. Still, one downside is that the constant use of Bluetooth will likely drain your battery more quickly, moreso than it already drains from running the game.

Unfortunately, for the sake of compatibility, this is largely unavoidable. They certainly could have gone the route of making it use a mini-USB plug instead, but not all phones will support it in a case like this.

As a nice little side bonus, a purchase of the controller also includes free downloads of two different games that usually cost money. Obviously this is being done to promote the product, but it’s nonetheless something worth mentioning, and adds value to the controller.

The gamepad itself requires 2 AAA batteries, which are not included. This is to be expected for a completely wireless controller, but what would have been even better is if it were rechargeable. Alas, this is not the case.

Still, it very much works as advertised, and tends to be quite responsive. It’s especially useful for games that use more traditional play styles, like ports of older games onto mobile platforms (such as the included Sonic CD game), emulators, platformers, 3D games, and so on. all, at $23 it’s hardly going to break the bank. 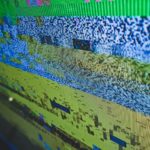