GPS stands for Global Positioning System and is a satellite-based navigation system that provides location and time information in all weather conditions to users around the world. It is the most accurate navigation system available and can pinpoint your location within a few feet.

Did you know that GPS has been around for over 30 years? It was first developed by the military to help them track their planes and tanks. Here are 8 interesting facts about GPS that you may not have known:

The launch of the first GPS satellite, OPS 5111, in 1978 was a major milestone in the development of the Global Positioning System. Also known as Navstar 1, NDS-1, GPS I-1, and GPS SVN-1, it was one of eleven Block I demonstration satellites. The successful launch and operation of OPS 5111 paved the way for the full deployment of the GPS constellation. GPS is now widely used for a variety of applications, including navigation, surveying, timing, and tracking. The launch of OPS 5111 was therefore a significant event in the history of space exploration and satellite technology.

As anyone who frequently travels by airplane knows, a GPS unit is an essential tool for navigation. Whether you’re trying to find your way to the airport or locate a specific building once you’ve landed, a GPS can be a lifesaver. However, there’s one thing that your GPS unit is afraid of being used in an intercontinental ballistic missile (ICBM) like application. If your GPS unit detects that it is traveling faster than 1200mph at an altitude higher than 60,000ft, it will automatically shut itself down. While this may seem like a strange safety measure, it’s actually designed to prevent the GPS unit from being used in a military application.

It’s been reported that GPS signals in some areas of Moscow are being spoofed. This means that the signal is being redirected to a different location, in this case, Vnukovo Airport, which is 32 km away from the Kremlin. The fake signal causes anyone nearby to be located at the airport instead. It’s believed that this started happening when people began playing Pokemon Go. The problem only became apparent when people tried to use the game in Moscow. GPS spoofing is a serious issue because it can be used to disrupt services or mislead people. There have been other reports of GPS spoofing in other parts of the world, but this is the first time it’s been reported in Moscow.

In 2013, Google made a big splash in the world of GPS apps when it purchased Waze for $1.1 billion. The transaction resulted in a windfall for the 100 employees of Waze, who shared in the proceeds of the sale. On average, each employee took home $1.2 million from the deal. While the purchase price may have seemed high at the time, Google has more than made up for it with the success of Waze. The app has been consistently ranked as one of the most popular GPS apps available and has been downloaded millions of times. Thanks to the success of Waze, the employees who cashed out are now sitting on tidy sums of money.

Australia is a country that is always on the move. Literally. Due to the shifting of the Earth’s crust, Australia has moved so far since GPS coordinates were last updated in 1994 that they now need to shift all coordinates by 1.8 meters to be accurate enough for automated vehicles. This may not sound like much, but when you consider that GPS coordinates are used to guide everything from missiles to Mars rovers, it’s clear that this is a significant shift. Fortunately, Australia is not alone in this; many other countries are also in the process of updating their GPS coordinates. As we become increasingly reliant on automation and technology, it’s clear that we’ll need to be more vigilant about keeping our maps and coordinates up-to-date.

The U.S. Global Positioning System (GPS) is a satellite-based navigation system that provides accurate location and time information in all weather conditions, anywhere on or near the Earth’s surface. The system is funded by the U.S. government. GPS service is provided free of charge to users worldwide, 24 hours a day, 7 days a week. While the service is free for users, it comes at a cost to U.S. taxpayers. The system costs approximately $2 million a day to operate and maintain. In addition, the system requires significant investment to keep it running smoothly and efficiently. Despite the high cost, the GPS system provides an invaluable service to people around the world and is considered one of the most important pieces of infrastructure in the 21st century.

One of the most popular uses for smartphones is navigation. When GPS was first introduced as a built-in feature in cars, it was heralded as a game-changer. Finally, we would be able to say goodbye to fumbling with fold-out maps and getting lost! However, it didn’t take long for people to realize that their phones were just as good at giving directions, if not better. After all, phones are updated more frequently than car GPS systems, and they offer features like live traffic updates and rerouting that can save you time and frustration. So while GPS systems may still have a place in our cars, it seems that most of us would rather rely on our trusty smartphones when it comes to getting around town.

While GPS is most commonly associated with car navigation, it has a wide range of other uses, from tracking wildlife to guiding missiles. One important but often overlooked use for GPS is obtaining accurate time. Most Time and Frequency Standards Laboratories, which are responsible for maintaining the world’s official time, now rely on GPS signals to keep their clocks synchronized. GPS satellites are equipped with extremely precise atomic clocks, and by tracking the signals from multiple satellites, it is possible to determine the time with an accuracy of a few nanoseconds.

7 Most Common Types of Business Technology 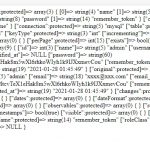 Do You Need Virus Protection for Your Chromebook?