In today’s digital world, it is important to know the difference between a file and a folder. The two words are often used interchangeably in conversation but they have different meanings when talking about computers. To understand what these terms mean, we need only think about how our lives would be without folders and files!

What is a File?

A file is just a collection of information, usually in the form of a document, that you can access or send to other people. Similarly, folders are collections of files that are stored together on your computer. They are typically used to organize files into logical groups.

What is a Folder?

A folder is also known as a directory. It’s usually represented by an icon on the desktop and it contains other icons for individual programs or documents inside it which you can click on to open them up and start using them.

For example, if I wanted to create an essay I might have all my essays saved inside one folder called “essays”. This would make finding them much easier because they’re all in one place instead of scattered around my hard drive like they would be if they were saved in separate folders.

Differences Between a File and a Folder

Files and folders have different purposes on a computer system. They both contain data but you cannot perform actions with a file that you can with a folder.

For example, while you can rename a file in the operating system, you cannot rename or reorganize files within their directories – you would need to do so through the directory structure itself.

A file can be used to store information, for example, a picture or document. A folder is simply a collection of files that are stored together on your computer’s hard drive.

They are typically used to organize files into logical groups. Folders are either represented by an icon on the desktop or have their own directory.

File extensions help define what kind of file it is. For example, “.docx” means you have a Microsoft Word file and “.pdf” means it’s a Portable Document Format file.

On the other hand, folders do not have extensions like this because they are more generic – they don’t need specific names if all they contain are different types of data from various.

In terms of storage, files are stored all over the system of your computer while folders are typically kept together in the same directory. However, if you wanted to find a specific file, it would be much easier because they’re all in one place together instead of being dispersed throughout the hard drive like they might be when using individual directories for each file.

Files are typically not seen by users unless they are hidden or located in areas that are not regularly navigated to. Folders, on the other hand, are usually visible because they can be found in regular directories and do not have file names that need special treatment.

Another difference between files and folders is how many different operations can be performed with them.

You can copy, rename, delete, move, change permissions, and send files to other people. You can also do all of these things with folders but depending on the type of file you are working with, operations may not be possible because it would either corrupt the data or change its format.

For example, if you don’t have any special software installed to open a certain file type like “.rar”, moving that file into another directory would likely cause an error message because that program is needed in order to access that particular type of data.

Essentially, a file is simply any collection of data whereas a folder is more specific and it’s used to store related items. Think of it this way: a single file can be one word or a thousand words, but no matter how many words are inside one file it’s still just one file.

A single folder can only be filled with files of the same type, for example, all photos or all word documents. This is why you need to use folders because this way it keeps everything organized and easy to find.

What is Zone File? 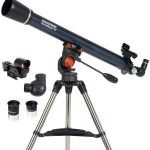 5 Best Telescope for Kids and Beginners in 2023 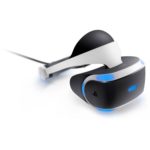 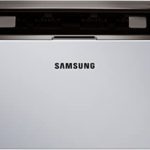 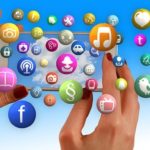