Telescopes are one of the most widely used instruments in astronomy. They allow astronomers to see things that they couldn’t otherwise, such as planets, stars and galaxies. For many people, telescopes can be intimidating and confusing because there is so much information out there on the subject. That’s why we’re going to tell you everything you need to know about telescopes in this article!

What is a Telescope?

The first thing you should know about what a telescope does is as follows: Telescopes are built around one single principle, which is light gathering and magnification. In other words, how much light can come in from an object (or space) and get focused on some piece of equipment such as eyepiece or camera?

There are two main types of telescopes that work with this same concept — reflectors and refractors. Reflecting telescopes focus their collected energy through mirrors while refractive ones pass the gathered light through lenses before being magnified.

Telescopes use two lenses or mirrors to make distant objects appear closer and larger. The first lens, called an objective, gathers all the light that reaches it from an object in space; this is ‘spreading’ the light out into a flat image of what we’re looking at. Next, magnifying lens directs this entire image onto another detector (e.g., photographic plate) which provides us with a detailed view of our subject.

Is it worth buying a telescope?

Yes! Telescopes are worth buying. They allow you to see things in the night sky that you can’t easily see with your naked eye, and they also provide a lot of entertainment value for kids.

There is no right telescope out there for everyone; what kind of projects do you like? How much time will you have to spend on it or how often would you use it? Do I need something portable or something stationary? There are many different kinds of telescopes, all meant for different purposes and skill levels. Some people just want one low end telescope because they’re not really focused on anything specific yet and don’t know if they’ll be interested enough in astronomy to invest more money into their hobby later down the line. Others want some sort of do-it-all telescope that will allow them the freedom to use it for whatever kind of project they want.

Would you like to buy a new telescope based on your tastes and preferences? Well, this is now the time to know the different types of telescopes prior to purchase a new one for you.

It is a must to explore first how it differs from one another so that you will know how it is being used based on your purposes. To give you a hint about telescopes, then below are the different types of telescopes that you can find in the marketplace:

The Celestron 70mm Travel Scope features high-quality, fully-coated glass optics, a potent 70mm objective lens, a lightweight frame, and a custom backpack to carry it all. Its quality is unmatched in its class and against competitors.

If you think that you need a telescope to be used according to your purpose, it is necessary to choose a specific type of telescope suitable for you. There’s a wide array of selections of a telescope in the market; so, rest assured that you can pick the right one for you.

What to know before you buy a telescope?

Before picking a telescope, you might want to know the following factors:

– What is your budget?

– How big of a telescope do you need for viewing objects near or far, depending on what type of astronomy you’re interested in. (planets and stars are close while galaxies are farther)

– Do you prefer an altazimuth mount with up/down tilt motion or equatorial mounting which allows side to side movement as well?

What size telescope do I need to see the rings of Saturn?

This is a great question and one that can be answered very easily: The rings of Saturn are visible with any telescope. A small telescope with 25x zoom can view the Saturn.

But the higher zoom the clearer we can view the planet. How much zoom is enough? The answer to this is not as easy, but you’ll want an instrument which has at least 500x magnification and should have the capability for higher magnifications. It’s also worth noting that telescopes come in many different shapes these days from reflectors (with mirrors) to refractors (with lenses). You may find more information about what type of telescope best suits your needs by doing some research online or talking with other astronomers!

Can I see Pluto with a telescope?

Yes, you can see the Pluto with a telescope. But you’ll need a large aperture telescope!

The size of the telescope is not what will matter, but how powerful it is and if you have access to one that has good optics. A large number of telescopes come with magnification such as 20x or 30x which can be helpful for viewing distant objects in space, like Pluto.

However, these are not true optical magnifications because they do not take into account light loss from passing through the eyepiece lens itself before reaching your eye. So while this might make an object look brighter and bigger to your eye when using a scope than without it, there’s actually less detail in the image so don’t get too excited about seeing things clearer by looking at them farther away! 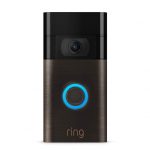 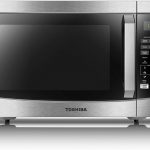