Wordle is a very interesting game that can be played by people of all ages. The object of the game is to create as many words as possible using the letters that are provided. The words do not have to be real words, but they must be able to be spelled. Some of the benefits of playing Wordle include increasing vocabulary, improving spelling skills, and helping with problem-solving skills.

The game can be played alone or with others, and it is a great way to pass the time. In this post, we will discuss many different Wordle alternatives available.

With more than 2,000 possible words to choose from, Absurdle is a good game for anyone who loves a real challenge. Unlike other word games where you start with a secret word and complete the word puzzle to reveal it, Absurdle doesn’t come up with the word.

Instead, the game starts with over 2000 possible words. It changes each time you guess and doesn’t reveal them. You have to narrow down the list and force the computer to contain only 1 word left. Not only is this great brain exercise, but it’s also oddly satisfying to outsmart the computer.

Dordle is a new take on the classic game of Wordle. In Dordle, you have two Wordle grids side by side. Each one works like the classic Wordle. So you can have 6 guesses. The difference here is you have to take advantage of the six guesses to get enough data to solve both sides.

This added element of strategy makes Dordle a challenging and fun game for all ages.

Lewdle is a tile-based game in which you attempt to guess a Lewd word within six turns. After each guess, the tiles will change colors to show how close your guess was to the Lewdle. Lewdle was developed by Gary Whitta. He is well-known for his work as a screenwriter on Rogue One, the Walking Dead games, and Star Wars Rebels.

Lewdle is a great way to improve your vocabulary, and it’s also just a lot of fun. So go ahead and give it a try – you might be surprised at how challenging it can be.

Primel is a game developed by Hannah Park. The goal of the game is to guess five-figure prime numbers, using the color-coded clues you receive along the way.

She was inspired to create the game after seeing a similar game called Wordle. Wordle is a game in which players have to guess words, using the letters that appear in the clue as a hint. Park thought that it would be fun to create a similar game, but with prime numbers instead of words.

The code for Primel is available for anyone to use and modify. So far, the game has been well-received by those who have played it.

Sweardle is a new sweary word guessing game that is having some successful. The premise is simple; each day, you are given one four-letter swear word to guess. As you type in your guess, each letter will be marked in either green, yellow, or grey.

With its addictive gameplay and irreverent sense of humor, Sweardle is quickly becoming one of the most popular games online.

Worldle is a map game that gives you a darkened silhouette of a country and your job is to guess the country. After you input a target country, the game tells you how close or far away you are from the destination. This way, you can narrow it down.

It would improve the gameplay if there was some sort of notification when you got close to the border. Border notification would help because when you’re close to the country, the game would give you a notification saying “You are now X miles away from the border of _____.” This would let the player know that they are close to the correct answer and they can start making educated guesses. The game is still fun even without this notification, but it would be even more enjoyable with it.

WordPlay is a word game that is perfect for anyone who loves Wordle but hates limits. With Wordplay, you can enjoy unlimited games, challenge others to beat your score, and learn new words along the way.

Plus, a new word is picked as the target one every day at midnight Eastern Time, so you can always be sharpening your skills.

To play, simply try to guess the word in six tries. Each time you make a guess, the tiles’ color will alter to show how close you were to the word.

Globe is a lot like Worldle, but with a few added features that make it even more fun and challenging. As anyone who’s played Worldle knows, it can be frustrating to get countries mixed up. You’re looking at a tiny sliver of land, and half the time you can’t even tell what country you’re looking at.

Enter Globe: a game that shows you the whole world, and highlights the country you’re supposed to be guessing. It’s a true test of geographic knowledge. The heat map is a particularly clever touch, letting you know how close you are to the mystery country. The only downside is that you can only play once per day.

Mathler is a game about tracking down an equation. It’s weirdly addictive and perfectly conceived. Your mission is to find the equation such as “Find the hidden calculation that equals 39”.

There are tons of different puzzles to try, each one more fiendishly difficult than the last. But that’s what makes Mathler so addictive: the satisfaction you feel when you finally crack that tough nut and find the solution.

Queerdle is a casual word guessing game for anyone who wants to learn more about LGBTQ+ culture and vocabulary. The rules are simple: each day, there is a new word to guess. You have six chances to get the word right.

You can use any letters you want, including repeating letters, but there are no spaces or punctuation and it can be in any length between 4 and 8 characters. 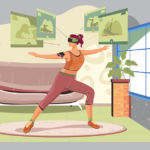 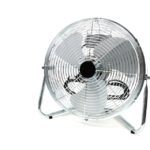 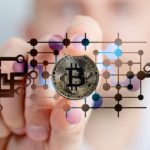 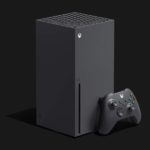 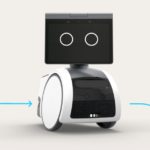 What is Amazon Astro? 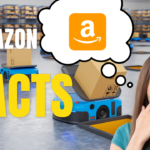