If you’re a fan of arcade games, you’ll love breaking bricks! Brick breaker games are a blast to play and there are plenty of them to choose from on Android. Whether you’re looking for something simple and easy to pick up or an epic challenge that will keep you hooked for hours, we’ve got you covered. Here are six of the best brick breaker games for Android!

If you’re looking for a fun and challenging breakout game that takes place in a variety of different kingdoms, then Brick Breaker Hero is the perfect game for you!

Brick Breaker Hero brings a new tweak to the breakout genre. You play as a hero who throws balls at bricks and monsters to destroy them. The game features a huge variety of missions and boss fights in beautiful graphics for players to enjoy.

With over 200 levels to play through, each with its own unique mission, you’ll never get bored. Plus, there are power-ups to help you along the way, including spells that have spectacular effects.

The name says it all, it is a brick-busting game. You move the bar at the bottom hitting the dropping ball in order to destroy all the bricks on the map. When you touch the screen, the ball is shot. Drag the screen to the left or right to move the bar.

Fairy Treasure turns the original brick-busting game into a new fun adventure you have never played before. On your journey of taking the Fairy Treasure back, you will experience level after level of fast arcade fun and gorgeous areas.

Bricks Breaker Plus is one of the top minimalist brick games available on Google Play. You will enjoy a revolutionary brick-breaking game that sets a new standard.

The game has infinitive levels for players to challenge and share scores with players from all over the world.

Bricks Breaker King returns to the genre’s root with simple gameplay. But it doesn’t mean it is not fun to play this game. Gamers can compete with others around the world in multiplayer game mode.

The game is a throwback to the genre’s roots, but don’t let its simplicity fool you. This fun and challenging title will keep gamers playing for hours on end in multiplayer mode!

This is another simple breakout-style game in which you must break all of the blocks. Swipe Brick Breaker features the most addictive, simple, and minimal gameplay. You don’t have to worry about losing the ball, just focus on breaking. 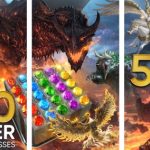 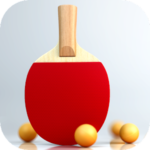