AI is a field of computer science and engineering focused on the creation of intelligent agents, which are systems that can reason, learn, and act autonomously. AI research has explored a wide range of tasks and applications, from medical diagnosis to building cars that can drive themselves.

AI is quickly becoming more and more prevalent in our lives. With the advent of Siri, Alexa, and other voice-activated assistants, it’s hard to imagine a life without AI.

AI is growing more advanced every day, and with that growth comes a number of troubling facts about its potential implications for the future. Here are five of the most worrying facts about AI that we should all be aware of.

AI has already begun to take over jobs that were once done by humans. From truck driving to surgery, few fields are immune from the threat of automation. And some experts believe that this trend will only continue, with many more jobs being affected in coming years.

AI has the potential to cause mass unemployment in the coming years. With so many jobs being replaced by robots and other forms of automation, there is a real risk of mass unemployment as a result of AI adoption. This could have devastating consequences for the economy and for society as a whole.

We need to be careful about how we implement AI and make sure that it does not cause undue hardship for workers. We need to ensure that people are able to retrain and transition to new jobs and that they are not left behind in a world where AI is the dominant force.

Another worrisome fact about AI is its potential for invading our privacy. Many companies have been collecting huge amounts of data about us, and AI could allow them to use this data for malicious ends. For example, biometric information like fingerprints or facial scans could be used to identify individuals and track their movements without their knowledge or consent.

AI is constantly learning and gaining more and more knowledge. With each new bit of data they have, they get that much smarter. This poses a real risk for privacy and personal security as companies can gain access to our information without us realizing it.

We need to think critically about the implications of AI on privacy and work to create systems that are designed with privacy in mind. This could mean restricting what kinds of data companies can collect about us or implementing better protection for personal data stored online.

Another troubling truth about AI is that its development is currently unregulated in most parts of the world. This could lead to some dangerous consequences, as companies and governments race to develop ever-more-powerful AI without any regard for safety or ethical concerns.

One example of unregulated AI development is the race to create autonomous weapons. Many countries are developing these weapons without any consideration for the potential consequences. These weapons could be used to kill civilians or disable enemy combatants, and there is no guarantee that they will be used safely or ethically.

We need to develop regulations for AI development to ensure that it is done responsibly and with consideration for the safety and welfare of all people. We cannot allow unchecked development to lead to disaster.

In today’s world, militaries are increasingly relying on cutting-edge technology to give them an edge on the battlefield. One of the most promising areas of development is artificial intelligence (AI). With AI, military commanders can plan and execute missions with greater precision and efficiency than ever before.

One of the most potential dangers of AI is its potential use in weaponry. autonomous weapons, also known as “killer robots,” are a real possibility in the near future. If these weapons were to fall into the wrong hands, they could be used to devastating effect.

AI can be used to create robotic soldiers that are immune to the physical and emotional stresses of combat. As a result, there is a growing movement within the military to replace human soldiers with robots. While this may seem like a radical idea, it is important to consider the potential benefits. First and foremost, robots would not need to be paid, fed, or clothed. They would also be incapable of experiencing fear or pain. As a result, they would be able to carry out dangerous missions without risk to human life.

Furthermore, robotic soldiers would not tire or require rest. They could be deployed for extended periods of time without complaint. Finally, robots could be programmed to follow orders without question or hesitation. In an age of increasing automation, the military may soon find itself at the forefront of this trend.

Last but not least, another troubling fact about AI is that it can often be biased. This is due to the fact that AI systems learn from the data that they are fed. If this data is itself biased, then the AI will likely be as well. This can lead to all sorts of problems, from inaccurate medical diagnoses to unfair treatment in the criminal justice system.

AI is a mechanical mind that is often biased. One of the most concerning examples of bias in AI is its use in predictive policing. Predictive policing is a technique that uses algorithms to identify areas where crimes are likely to occur. While this may seem like a good idea on the surface, there are a number of problems with it. First and foremost, these algorithms are often biased against certain groups of people. For example, they may be more likely to target areas with a high concentration of minority residents.

This is problematic for a number of reasons. First and foremost, it can lead to innocent people being targeted by the police. Second, it can perpetuate and exacerbate existing social inequalities. Finally, it can erode trust between the police and the communities they are supposed to protect. As a result, it is important to be aware of the potential biases of AI systems before using them.

These are just a few of the troubling facts about AI that we should all be aware of. As this technology continues to develop, it’s important to keep a close eye on its implications and ensure that we don’t lose control of it. 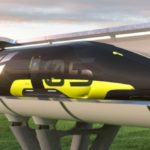 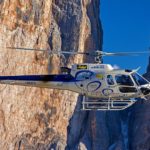