Visual Studio Code is a source code editor developed by Microsoft for Windows, Linux and OS X. Visual Studio Code is sponsored by Microsoft Open Technologies, Inc., which provides funding and staffing to the project. The software is free and available under the MIT License. With many releases, VS Code has become most of developers’ favorite editor. it has been one of the most fast-growing open source projects on GitHub in 2017.

In addition to being a well designed cross-platform text editor for developers, VS Code includes tools that are specifically developed for programmers: integrated Git support, built-in version control systems and debuggers as well as task running and command line access.

Do you have one of those days when you need to be in a different project but can’t figure out how to open another instance of Visual Studio Code? If so, this blog post will introduce a simple way to do so.

Visual Studio Code has a powerful command line interface built-in that lets you customize your workflow. We can open a new instance of VS Code with the -n parameter. If you type code --help in the terminal window, you will see this information about -n or –new-window options.

This command will open a new instance of VS Code.

This method is simple and it helps open new window every time you click the shortcut to Visual Studio Code application.

After this, clicking on the shortcut won’t open the previous project. It will open a new VS Code instance with welcome screen. 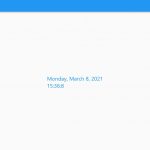