There are many different types of video games that people can play. The genre of a video game is typically classified by its underlying gameplay mechanics, rather than its story or objective. For example, first-person shooters are a genre of video game in which the player shoots enemies from the point of view of the character they are controlling. Meanwhile, role-playing games (RPGs) are a genre in which the player controls a character who gains experience and levels up as they progress through the game.

There are also many subtypes of video games within each genre. For example, action RPGs are a subtype of RPG that focuses on fast-paced combat, while strategy RPGs are a subtype that focuses on slower, more tactical gameplay. Ultimately, there are countless genres and subgenres of video games for people to enjoy, and each one offers its own unique challenges and rewards.

In this post, we will explore 13 common types of video games.

Action games are a genre of video games that emphasize physical challenges, including hand-eye coordination and reaction time. The genre includes a wide variety of sub-genres, such as fighting games, beat ’em ups, shooter games, and platform games.

Some of the earliest action games were arcade games such as Galaga and Donkey Kong, which laid the foundations for subsequent action genres. These early games typically required players to use joystick controls to move their characters on-screen and interact with other elements of the game. In later action games, players began to use keyboard and mouse controls to move their characters and issue commands.

Today, action games continue to be popular among gamers of all ages. Thanks to advances in graphics and game design, they are more immersive and exciting than ever before.

Role-playing games are a dime a dozen these days. There’s something for everyone, whether you’re into high fantasy or post-apocalyptic wastelands. But what exactly is a role-playing game? At its most basic, a role-playing game is any game where players take on the role of a character in a fictional setting. This can be anything from a medieval kingdom to a far-flung galaxy.

The key element is that players can influence the world around them through their choices and actions. Many role-playing games also feature elements of combat, exploration, and puzzle-solving. The possibilities are endless.

After many years of speculation, Final Fantasy VII has been confirmed for a remake. Follow the epic adventure of Cloud and his allies as they get caught up in a massive struggle to stop the threat of Sephiroth and save the planet.

Some popular sub-genres of RPGs are:

Strategy games provide access to the resources and gaming world that helps gamers to progress in the game. In these games, players need to make use of well-made techniques and tactics to overcome challenges.

The popularity of strategy board games has led to the development of many strategy-based video games. In addition to being fun, these games also help hone one’s ability to think critically and develop problem-solving skills.

Among strategy games, real-time strategy games are popular and are turning into eSports. They ask the player to complete a task within a set amount of time. This type of game is often fast-paced and requires quick thinking to achieve victory.

Some examples of popular strategy games are Settlers, StarCraft, and Chess. These games are easy to learn but difficult to master and can provide hours of enjoyment for both beginners and experienced gamers alike.

These games are epic in simulating various sports like soccer, baseball, golf, football, billiards, basketball, and many other sports. Olympic sports like skiing are also included in this category. Opposing gamers are often controlled by the computer, but can also take the type of real-time, live opponents.

Sports games are super fun to play whether you are by yourself or with friends. They are a great way to get into the competitive spirit without having to physically exert yourself. I love how these games simulate various sports so accurately and allow you to try out ones that you don’t usually play in real life.

My personal favorite is football, but I also really enjoy playing golf and baseball. It’s amazing how realistic these games can be and it’s a great way to bond with friends who are also into sports.

Another great thing about sports games is that they can be played online with live opponents from all over the world. This makes the game even more thrilling and challenging.

Puzzle games, also known as logic games, are a type of game that normally happens on one playfield or screen. The goal of these games is for the player to solve a puzzle in order to move forward.

These puzzles can take many different forms, but often involve manipulating objects in a certain way to reach a goal.

For example, in the game “Tetris,” the player must rotate and place falling tetrominoes in such a way that they form complete lines, which are then cleared from the playfield. In “The Talos Principle,” the player must guide a robotic character through a series of increasingly complex mazes using various environmental elements.

Puzzle games often require players to think outside the box to find solutions, and can be both frustrating and rewarding as a result.

Idle games are a category of video game that has exploded in popularity in recent years. Also known as incremental games or clicking games, they are characterized by their simple gameplay mechanics and lack of player input.

In most idle games, the player’s only interaction is to click on an icon or perform some other basic action repeatedly. As the game progresses, the actions of the player character are automated and the player earns rewards without having to do anything. While this might sound like a recipe for boredom, many idle games are strangely addictive and can be quite challenging.

One of the most popular idle games is Cookie Clicker, which tasks the player with baking cookies by clicking on a giant cookie. As the game progresses, the player buys upgrades that automate the cookie-baking process and allow them to earn cookies even when they’re not playing.

Sandbox or open-world games are a type of video game that gives players a large amount of freedom in how they play the game. Unlike most games, which have a linear progression and set objectives, sandbox games often allow players to roam freely and determine their own goals.

One of the most popular sandbox games is “Minecraft,” in which players can explore, build, and survive in a randomly generated world. “Grand Theft Auto” is another popular sandbox game series that tasks players with completing missions while also giving them the freedom to explore the game’s open world and cause havoc.

Simulation games seek to replicate real-world activities or environments. These games can simulate nearly anything, from driving a car to running a business.

One of the most popular simulation games is “The Sims,” in which players create and control virtual people known as “Sims.” Players must manage their Sims’ basic needs such as eating, sleeping, and going to the bathroom, while also fulfilling their emotional needs by building relationships and pursuing hobbies.

If you don’t know Call of Duty, Halo, or Gears of War, you might be surprised to learn that shooter games are some of the most popular video games on the market.

Shooter games are a type of game in which the player uses weapons to kill enemies. These games can be played from a first-person or third-person perspective, and often involve both shooting and stealth elements.

One of the earliest and most influential shooter games is “Doom,” in which players must fight their way through hordes of demons using an assortment of weapons. “Half-Life 2” is another popular shooter game that tasks players with fighting their way through an alien-infested city using guns, grenades, and improvised weaponry.

While many shooter games are violent, there are also many that are suitable for kids and families. “Splatoon” is a popular shooter game that features colorful graphics and kid-friendly characters, while “Overwatch” is a team-based shooter game that has become popular for its diverse roster of characters.

MOBA games, short for Multiplayer Online Battle Arena, are a relatively new genre of video games that have been gaining popularity in recent years. In a MOBA game, players are placed in a virtual arena where they must compete against each other using characters or ‘heroes’ that they control.

The objective is to destroy the opposing team’s base, which is typically located at the opposite end of the map.

There are many different MOBA games available to play, with some of the more popular ones being League of Legends, DOTA 2, and Heroes of the Storm.

While the gameplay mechanics vary from game to game, they all share the same basic premise of pitting teams of players against each other in a battle to the death.

Adventure games have been around since the early days of video gaming, and they continue to be popular today. These games are defined by their gameplay, which typically involves solving puzzles and exploring virtual worlds.

While the advent of 3D graphics and open-world exploration has given rise to new possibilities for adventure games, at their core, these games have remained largely unchanged over the years. This is due in part to the fact that adventure games are highly reliant on narrative.

As such, developers have been hesitant to stray too far from the established formula, for fear of disrupting the player’s experience. However, there are signs that this may be changing shortly.

With the popularity of “walking simulator” games on the rise, developers are starting to experiment with new ways to tell stories within the adventure game genre. This could lead to a new golden age for adventure games, with players being treated to even more immersive and engaging experiences.

Tower defense games are a type of strategy game in which the player must protect their base from waves of enemies. These games typically involve building towers or other defensive structures to kill enemies before they reach the player’s base.

There is “Plants vs Zombies,” in which players use a variety of plants to defend their home from zombies. “Kingdom Rush” is another popular tower defense game in which players must build towers and deploy troops to stop an invading army.

Tower defense games are typically played on a computer or mobile device, but many board games fall into this category.

A platformer is an action video game in which the player must navigate through levels by jumping and climbing. These games often involve avoiding obstacles and enemies and collecting items.

Platformer games can be 2D or 3D, and often involve puzzles and exploration as well as action. Many of these games are suitable for kids and families, but many are geared towards more mature audiences.

TN vs IPS for Gaming 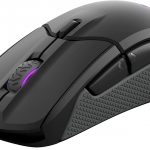 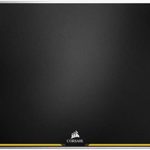