Telecommunications is the term used to describe various technologies for transmitting voice, data, and video at a distance. There are some major types of telecommunications equipment: wireless towers, switches and routers, satellite dishes, PBX switchboards, and fiber-optic cables. Let’s explore how these work and what they’re used for in more detail!

A wireless tower is a large antenna or group of antennas that are used to transmit data through the air. The most common types of equipment are cell towers  (which use GPS), satellite dishes, and television towers.

A switch is a piece of telecommunications equipment that allows for multiple devices to be connected with just one line. A router is similar but will divide connections into two separate paths so that certain transmissions can take different routes.

For example, if you go online using your home WiFi, your internet service provider (ISP) provided router will connect your computer to the web via an ethernet cable while also sending the information wirelessly through an access point back to the main modem where a switch will then connect it to the internet.

A satellite dish is a type of wireless tower that is capable of transmitting and receiving data from orbiting satellites in space. This can be used for things like telephone, television, or internet access.

Satellite dishes are typically run by a satellite provider who may offer several different types of dishes, depending on the service being used.

Dish sizes vary from 12 inches up to about 75 feet in diameter – much larger than your standard home wireless router!

A PBX (private branch exchange) switchboard provides phone lines for businesses to use within their building.

If you have ever called a company and been asked to press one to reach sales, press two for customer service, etc., then this is because you are accessing that company’s PBX switchboard.

The switchboard will also connect any outside calls if they are put through by the user.

A fiber-optic cable has some awesome properties! It uses light (in the form of a laser) instead of electricity to transmit data. This allows for faster speeds and more bandwidth than other types of cables; it can carry about 10 gigabytes per second over 100 kilometers of cable length!

One downside is that glass breaks easily – an often fatal problem when you’re working with light – but once this technology becomes more widespread, we’ll better ways to handle it.

So there you have it! The different major types of telecommunications equipment. It can seem overwhelming at first, but these technologies are all used for pretty simple purposes.

These are just some of the many interesting things coming out on the new frontier of technology.

Automatically Scroll Down Pages in Chrome and Other Web Browsers 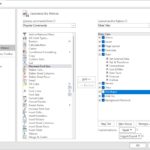 How to Activate Windows Defender in Windows 10

7 Most Common Types of Business Technology