A helicopter is a type of rotorcraft in which lift and thrust are supplied by rotors. This allows the helicopter to take off and land vertically, hover, and fly forward, backward, and laterally.

Did you know that helicopters are the only aircraft that can fly backward? Or that they’re the fastest way to travel between two points on a map? Check out these 10 interesting facts about helicopters and see how much you know!

The first helicopters were actually based on the design of a Chinese toy known as a “bamboo dragonfly”. The toy was powered by a winding mechanism that caused the blades to spin, and it was this design that was used to create the first working helicopters. Today, the word helicopter is used to refer to a wide variety of aircraft, but it all began with a simple toy dragonfly.

In the Mir Mine in Russia, there is an inactive diamond mine that’s so deep down it can suck up helicopters and send them flying away with their blades flashing!

The wedge-tailed eagle is Australia’s largest bird of prey. It has a wingspan of up to 2.5 meters (~8 feet) and can weigh up to 4 kilograms (~9 pounds). The eagle is very territorial and will attack helicopters and small planes if it feels its nest site is threatened. The eagle’s razor-sharp talons can cause serious damage to the aircraft, and the bird has even been known to bring down small planes.

In 1974, a 23-year-old U.S. Army private stole a Bell UH-1 Iroquois helicopter from Fort Meade in Maryland. He then flew to Washington, D.C., and began circling the White House. As he hovered above the south grounds, the Executive Protective Service opened fire on the helicopter, wounding Gray in the leg. He was forced to land, and he was promptly arrested. Amazingly, Gray only received a one-year prison sentence and $2,400 in fines for his unauthorized flight and attempted attack on the White House.

In 1986, the United Way released 1.5 million balloons into the sky in Cleveland to raise money for charity. What happened next was a tragedy that could have been easily avoided. The two fishermen who died when their boat overturned couldn’t be saved because the Coast Guard helicopters couldn’t reach them because of all the balloons that were so thick. This tragic incident highlights the need for more careful consideration when planning public events. When organizing a large-scale event, it’s important to consider the potential risks and take steps to avoid them.

One of the most critical components of a helicopter is the Jesus nut – a bolt that holds the rotor blades onto the helicopter. If this nut were to come loose, it would cause the blades to detach from the helicopter, resulting in a crash. The Jesus nut is therefore a single point of failure which could have catastrophic consequences.

At first glance, the helicopter mine might not seem like much. It is, after all, just a small metal disc with a few wires sticking out of it. But this unassuming object is actually one of the most effective anti-helicopter mines available. When placed on the ground, the helicopter mine can detect the vibrations of an approaching helicopter and detonate itself, destroying the aircraft and anyone onboard. Because of their high degree of accuracy, these mines have been used to devastating effect in a number of conflicts around the world. In fact, they are often credited with playing a major role in bringing down enemy helicopters during battle. As a result, the helicopter mine is a key component of any anti-helicopter defense system.

When it rains, cherries can soak up a lot of water and explode. Helicopters are used in cherry farming to dry the fruit after they’ve been freshly picked so that these delicious snacks don’t end up getting ruined due to their raw state!

In 1986, a  French woman exchanged her comfortable life as a housewife for one of intrigue and adventure when she taught herself how to fly a helicopter. Shen rented one and flew it over to the prison where her husband was being held captive. She plucked him off of its roof with ease before landing back in France. 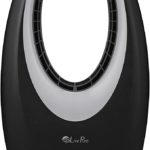 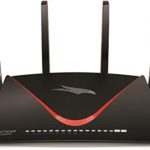