Many people know what SATA is, but few know about the latest version of this technology. That’s why we’re going to explore what SATA 6Gb/s is and how it can help you with your computer needs. First, let’s start with a little background on what SATA is.

The SATA 6Gb/s standard is the third generation of SATA, which provides faster speeds for data transfer.

With SATA 6Gb/s, you can connect your motherboard to data storage units including hard drives and solid state drives. Although the terms are technically incorrect, some people call it SATA 3 or even just SATA because they’re revisions of the same interface standard.

Difference Between SATA I, SATA II and SATA III

SATA stands for Serial ATA and was created in 2003 as an evolution of Parallel ATA (PATA). It was designed to be faster than PATA because it uses a serial interface that provides more bandwidth than PATA does. The first generation of the technology only supported 150 MBps which made it comparable in speed to hard disk drives in use at the time.

The second generation increased the maximum throughput up to 300 MBps.

The third generation increased the maximum bandwidth further to 600 MBps or 300GB/s, which was more than twice as fast as previous versions of SATA technology.

When PCI Express (PCIe) made its debut in 2004 with a data transfer rate of 250MBps it quickly replaced SATA II because it’s faster and easier to configure.

The latest version of SATA is called SATA Express and it uses a new interface that can handle up to 16Gbit/s. However, the main downside to using this technology is that you will need motherboard with an unused slot in order to use it since most motherboards don’t have more than one PCIe slot.

The new interface also includes two standard SATA connectors and therefore it is backward compatible with previous versions of the technology, which means that you can use a SATA Express cable in conjunction with older hard drives or SSDs without any problems.

The latter has been developed to support smaller devices such as laptop computers where space is limited so they can be used for port replicators or docking stations where multiple storage device connections are required at once.

With this latest version available now, your computer’s speed capabilities will increase dramatically when using solid state disks because much less will be dedicated to moving data from the disk to the CPU for processing.

Is the SATA 6Gb/s Interface Compatible with Older Ports?

The quality of the cable and materials used may be just as important as SATA specification. Transfer speeds with both cables can sometimes reach comparable speeds.

People often use the SATA 6Gb/s ports for solid state drives and the SATA ports for hard disk drives. 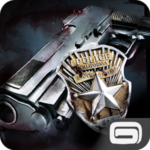