The QWERTY keyboard is the most common keyboard layout in the world. It is named for the first six letters on the top row of its alphabetic section. The QWERTY design was created to prevent jamming on early mechanical typewriters. Today, it is used on almost all computers and smartphones.

Some people argue that the QWERTY layout is outdated and inefficient. However, it remains the most popular keyboard layout in the world. Thanks to its widespread use, QWERTY has become the de facto standard keyboard layout. This means that new devices and software are designed to work with QWERTY keyboards.

If you want to use a different keyboard layout, you may need to purchase a separate keyboard or install special software. The QWERTY keyboard was invented by Christopher Latham Sholes. At the time, mechanical typewriters were becoming increasingly popular. However, their keys would often jam when they were typed in quick succession. To solve this problem, Sholes rearranged the keys on his typewriter so that they were spread out evenly.

Is QWERTY Keyboard the only Layout?

No, there are many other keyboard layouts. For example, the Dvorak layout is designed to be more efficient than QWERTY. However, it has not been able to gain widespread adoption. This is because people who know how to touch type on a QWERTY keyboard would need to relearn how to type on a Dvorak keyboard. As a result, most people stick with QWERTY.

Should I Use a QWERTY Keyboard?

The keyboard layout we all know and love, the QWERTY system has been around for centuries. But some people think it’s outdated–inefficient even! If you want to try out a different type of key charting method then don’t worry because there are plenty available.

There are many alternative keyboard layouts available, such as Dvorak and Colemak. These layouts are designed to be more efficient than QWERTY. However, they are not as widely used, which can make them difficult to learn and use.

If you’re interested in using an alternative keyboard layout, we recommend doing some research to find the one that best suits your needs. Alternatively, you can use a QWERTY keyboard and simply rearrange the keys to match your preferred layout. This can be a good way to gradually transition to a new layout without having to relearn everything at once.

No matter which keyboard layout you use, practice and patience are key to becoming fast and efficient. Whichever method you choose, make sure you give yourself time to adjust and learn the new layout. After all, it took years for most of us to become proficient at QWERTY – there’s no need to rush things! 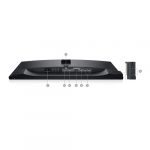 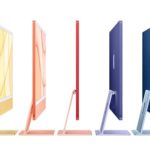