As technology continues to evolve, it’s fun to take a look back and see how far we have come. Today, we are used to having access to a world of information at our fingertips with our smartphones. But what was the first smartphone? Believe it or not, it dates back as far as 1994! Let’s take a moment to explore the history of IBM Simon and discover how this device paved the way for today’s modern smartphones.

What Was the IBM Simon?

The IBM Simon Personal Communicator (a.k.a IBM Simon) was one of the earliest touchscreen phones released in 1994. It was an analog cellular phone but had email, calendar, and fax functions.

Crucially though, this remarkable technological advancement predated the coining of the term “smartphone“; a phrase that we now use today without thinking twice about what it means. Despite being released two years before the word ‘smartphone’ was even used, the Simon undeniably set a precedent for later phones to build upon.

This made it revolutionary at the time because it allowed users to do more than just make calls on their phones. The touchscreen user interface even included predictive text which made it easier for users to type out messages quickly.

It also came with some fun features like a calculator, address book, and clock, as well as some games like Blackjack and Reversi. The device even had an infrared port, allowing users to send data from one device to another without plugging in any cords!

The IBM Simon was a brick-shaped device that measured 8 inches in height, 2.5 inches in width, and 1.5 inches in depth. It weighed 18 ounces and featured a touchscreen display that measured 4.5 inches by 1.4 inches, with a resolution of 160 x 293 pixels. The device was powered by a 7.5V NiCad battery.

The device also had the option for removable storage in the form of PCMCIA Flash RAM cards.

The phone featured a 2400-bps Hayes-compatible modem and a 33-pin connector. It was capable of sending and receiving faxes at 9600 bps (Group 3). It also had an I/O connection port and a PCMCIA type 2 slot.

The Simon featured a microphone and a touchscreen with a stylus.

Why Was It So Revolutionary?

The IBM Simon was revolutionary because it combined all of these features into one device—a huge leap forward from previous models that only allowed you to make calls. It was also extremely durable and could withstand drops and bumps without breaking, something that many modern smartphones still can’t manage!

Plus, its design was sleek yet functional—it wasn’t too bulky or heavy but still offered plenty of space for all your apps and data.

Its battery life was not that impressive—it only could go up to 1 hour on a single charge. Every Simon model was delivered with a charging base station.

The impact of the IBM Simon cannot be understated—it revolutionized how we interact with technology by introducing us to the concept of a “smartphone” and paving the way for today’s modern devices.

While times have certainly changed since 1994, this device remains an important part of tech history that should never be forgotten! Whether you’re a tech enthusiast or simply curious about where it all began, learning about the IBM Simon is definitely worth your time. 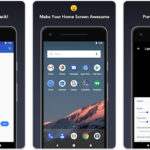 What Is An Action Camera And Which Specs Matter When Choosing It? What is Windows.Old Folder And How to Delete It?