The LAMP stack is a set of open-source software that provides a server-side platform for web development. It consists of Linux, Apache, MySQL and PHP. The acronym stands for: Linux, Apache Web Server, MySQL Database Management System and PHP Hypertext Preprocessor (or the Personal Home Page).

LAMP stack is one of the most common platforms for developing and hosting websites. It’s a free, open-source software that provides an excellent alternative to proprietary solutions such as Microsoft IIS or Apache HTTPD servers. The modular design of LAMP stack allows developers to choose which components they want installed on the system, rather than having it preconfigured by default with unnecessary features enabled.

Linux is a Unix-like operating system that has been designed around security – specifically its ability to prevent intrusions from other programs running on your computer or server via high level access control lists (ACLs). This makes sure there are no unauthorized users accessing files and folders stored on your machine even if they gain access to your username and password.

Linux also has a couple of other benefits that make it an excellent operating system for hosting web content: its low cost, zero licensing fees (in most cases), independence from any proprietary software or hardware platform dependencies, and the fact that it supports thousands of packages with different programming languages available for integration.

Apache serves a web over the Internet via the HTTP protocol.

Apache is one of the oldest open-source projects on the internet which was originally designed as a Unix based tool created to help the developer publish his own personal homepage without having to purchase expensive commercial software like Microsoft IIS. The project gradually grew into what we now know today – an extremely reliable server application capable of handling thousands of requests per second while only using a few megabytes of memory.

MySQL is the most popular open-source relational database management system today which was started as an easy to use, reliable, multi-user, and cross platform tool that would provide all the basic storage needs to power web applications without any cost or licensing fees. It has grown into what we now know as one of the world’s leading software products for managing data, powering everything from small blogs like mine up to some of the biggest ecommerce websites on earth.

PHP is a server-side scripting language designed for web development. It was originally created in 1994 by Rasmus Lerdorf and developed by the open-source community. Even though it’s not an acronym, many people still refer to PHP as “PHP: Hypertext Preprocessor” because of its original name in Rasmus’ documentation for the system – “Personal Home Page Tools.” 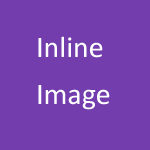