Computers are really just a collection of chips that work together to do all the things we ask it to. From powering your device, to running programs, and sending messages across the internet- without these tiny pieces of silicon nothing would be possible.

In this article, you’ll learn about the different types of computer chips so you can keep up with what’s going on under the hood.

The Central Processing Unit (CPU) is the brains of your computer. This chip calculates all the commands given to it, and sends them to other chips in order for them to do what they are supposed to.

Your CPU will have a certain speed- which determines how fast you can input commands or run programs on your computer. These processors can calculate billions of commands per second. Some may be wondering what kind of magic allows the CPU to send these commands out?

The way it accomplishes this is that there are tiny pathways connecting all of its parts together called ‘buses’. It’s almost like having highways inside of your device, where cars can travel very quickly from place to place.

Today, CPUs are commonly made with the following technologies:

The Graphics Processing Unit is a specialized chip designed to process images and animations for games, videos, etc.

This type of CPU has its own set of pipelines connected in parallel in order to render 3D graphics quickly. GPUs were originally used by the gaming industry so that gamers would be able to play their favorite titles without lag delays- but now they can be found in most devices.

For example, your phone may come equipped with a GPU so that it can run high-quality 3D games and other software smoothly and efficiently!

The Graphics and Memory (RAM) unit works together as a team to create vivid images on the screen as fast as possible. RAM stands for Random Access Memory- so what it means is that this type of chip has an access speed much faster than a traditional hard drive.

That being said, because RAM chips are so fast they’re used for temporary storage when you open programs or run multiple tasks at once. This is why your phone may become laggy when too many apps are running in the background- since there’s not enough room to store all of these simultaneously.

The memory (RAM) and graphics unit (GPU) work together as a team to process images and animations on screen quickly. They are designed to render 3D graphics, but can also be found in most devices today. The first computers were not capable of creating graphics on screen- so this was a relatively new technology when it first came out.

Customized computer chips appear in almost any electronic device you can think of. Many of these are found in appliances like microwaves, ovens, washers/driers, refrigerators, and even some cars- to name a few!

These chips aren’t specifically made for each appliance that contains them – instead, they’re designed on an individual basis by the engineers who built them. They’re made to perform specific tasks for whatever device they’re in- such as controlling the temperature or how much time is left on the clock.

However, some devices like microwaves and washing machines may contain several different types of chips! For example:

This type of chip can be customized with a software program for each specific task it needs to accomplish- such as starting the motor or turning on the heating element.

These chips are pre-programmed before they leave the factory and can’t be altered without voiding its warranty! However, some appliances like ovens may contain a type of chip called a Trusted Platform Module (TPM) which is designed to protect important data by creating encryption through hardware.

How RAM, GPU, and CPU Work Together in a Computer

In order to process all the information that comes from the CPU, GPUs have their own set of pipelines connected in parallel. These pathways allow for optimal data transfer and require very little space compared to other chips. As a result, they’re small and can be easily built into phones, tablets, laptops, desktops, etc.

The Graphical Processing Units (GPUs) are mostly used for gaming purposes but can also be located in most devices these days. Because they have a high access speed and less storage capacity than other chips, they work together with RAM as temporary storage locations for processing information. The first computer system was not capable of rendering 3D graphics, which is why this technology was developed and popularized later on.

CPUs can process data quickly because they have their own pathways called ‘buses’ that connect all the different parts internally. Other chips such as GPUs and RAM operate using these same pathways to move around information, but it’s important to know that they function differently from one another. You can use this article as a reference or create your own, depending on what you feel works best! 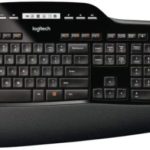 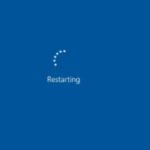 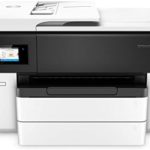 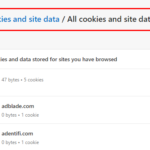 How to Fix Microsoft Edge on Windows 10