Vampyr is the new game from Dontnod Entertainment and was released on the 5th June 2018 for PS4, Xbox One, and PC. The game is designed to be a 3rd person action RPG, where the player takes the role of a newly transformed vampire and must now balance his day to day role of finding a cure for the flue that’s ravaging the city of London, all the while fending off his now insatiable urge to hunt and kill for blood.

Set during 1918, during the final throes of the first world war, Spanish Flu is currently ravaging the city of London and doctors all around the city are completed stumped when it comes to the disease. You as the player plays one of these doctors who is on the hunt for a cure for this new disease, but at the same time, a new epidemic is beginning to rear its ugly head in the form of vampires. The main character proceeds to get infected by one of these vampires and now spends his days researching a cure and spends his nights trying to sedate his need for blood. 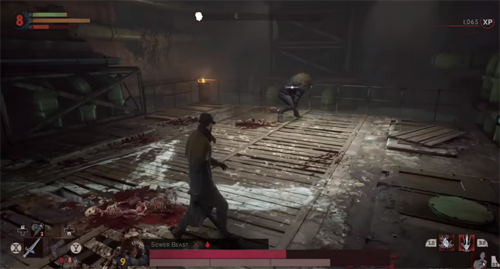 Looking at the game from a graphical standpoint, the game doesn’t exactly stand out for its visual prowess, especially when it comes to the animations for certain aspects of the game. With this in mind however, the dark and dingey world of 1918 London looks exactly as one might imagine the time period appeared and makes the whole experience that much more authentic. One small downside to this, though is the general voice acting is pretty good for the main character; a lot of the side characters on the other hand haven’t been quite as fortunate.

Gameplay has you running around London, talking to NPC’s, quest givers, and getting into fights with people and creatures of the night. For the combat, it’s a pretty standard action-RPG affair where you strike with a weapon, using a short but sweet combo, and must dodge any hits that come your way. There are also some abilities that you can unlock to use in combat to make your life a little bit easier, but that all depends on how you wish to upgrade yourself throughout the combat. In comparison to a lot of the game, however, the combat isn’t all that engaging and merely acts as a stop gap to get to the main part of the game: decisions. 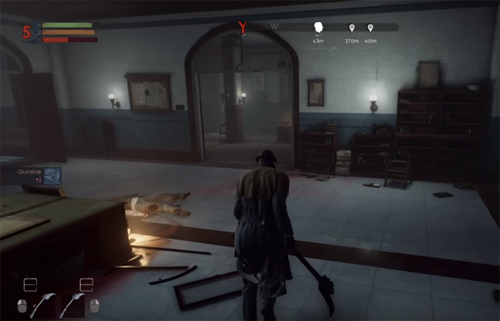 Throughout the game you are expected to make a vast amount of decisions at all times. Every single person you come into contact with can be fed on at that very second and whenever you decide. By doing this, you gain some experience, but lose out on any future quests or information that character was going to give you. At all times the game has you balance between killing people for your benefit in the short term or whether you endure everything they throw at you to get the most out of them in the long run. These decisions are really what makes Vampyr feel like such an engaging experience, as every decision you make can affect you and the world around you as a whole.

Overall, Vampyr has a couple of little problems here and there, with the combat not being all that interesting, but that game as a whole is a rather engaging narrative piece that might have you play it through a second time, just to see the differences you can make to the story.