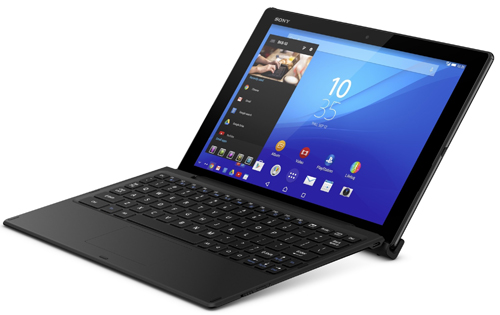 If you are looking for a larger tablet than usual, then here are the reasons you should buy the Xperia Z4 tablet.

One of the reasons that you should buy this tablet is its screen. With a size of 10.1-inch, it has a resolution of 2560 x 1600 pixels. It is by far the best resolution to watch movies and 4K videos as well as play high-res games. The best thing about its screen is that it gives 299 ppi density, which is much better than many other tablets on the market.

Not many tablets on the market have a 64-bit octa-core processor like the Xperia Z4 tablet. With its 3GB RAM and 2GHz octa-core processor, you will get a smooth experience using the tablet. Now you can play any game with the highest of resolution and watch high-resolution videos and still not feel any lag.

If you want to make your tablet a laptop, the Xperia Z4 tablet will not pose any problem in this either as it comes with a Bluetooth keyboard. All you need is to attach the keyboard to the tablet, and you will have your very own laptop.

Another reason to buy this tablet is the storage space. The internal storage is 32GB, which is more than enough for many users, but the microSD card slot makes things even better. The memory can be increased to 128GB with this card slot. Now you have the ability to store as many files as you like.

For the tablet user, a camera may not be important, but the Xperia Z4 tablet ensures that it has the best camera features. With Sony’s 8.1MP rear camera and an abundance of camera features, you will surely love to get hands on this 10.1-inch tablet. It also has a front 5.1MP camera for wide-angle selfies. Many people buy Sony tablets because of their camera quality. With the 8.1MP camera, you can capture 3264 x 2448 images and record 1080p video.