It appears that the Notch the iPhone X made famous will be the must-have feature for new phones. It doesn’t matter if that phone is an iPhone or an Android, it appears the Notch will be here for quite some time.

According to various rumors, the latest Apple iPhone SE (known now as the SE 2) may have a Notch as well. That will be known for sure during June’s WWDC event.

In 2016, Apple released its iPhone SE, which means the model is overdue for an update. While users may have forgotten about the iPhone SE, rest assured that Apple has not. After all, Apple knows that some people prefer a smaller phone over bigger ones. 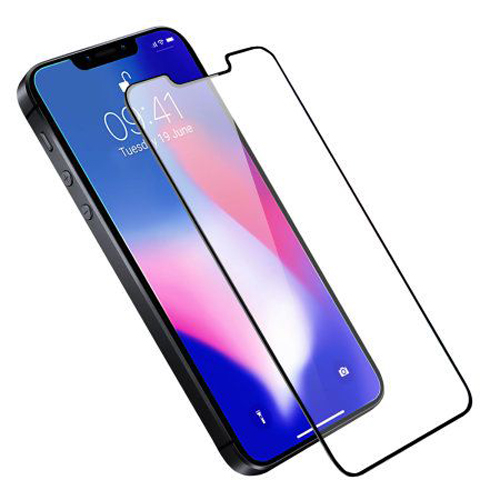 Earlier rumors circulated that the new iPhone SE model would have a small size as well –perhaps the same size as its predecessor or something even smaller. The first iPhone Se was an offshoot of the tweaked iPhone 5 version, which was released in 2012.

Some similarities that expect to be seen are the flat sides and aluminum frame, but a new update could involve the glass back that offers support for wireless charging. This would bring it close to the offerings of the iPhone 8, 8 Plus and X, which uses Qi-based wireless chargers.

There’s yet another rumor that the SE 2 will eliminate the headphone jack, which would make the iPhone 6S the only iPhone to have the port.

Notch Regarded As The Most Focal Rumor

All these rumors are out there, but the onereally making waves is the Notch. According to the MobileFun online phone shop, the glass screen protector from Olixar has a Notch cutout. While it’s possible the accessory and product rendering is incorrect, there is still major accessory manufacturer that’s backing it. And, if they’ve begun manufacturing the product, it’d be one big screw up on their part.

Bear in mind, a similar instance took place in 2014. Some iPhone case manufacturers were sure the next iPhone was going to be teardrop-shaped and rushed the production. They ended up wasting time, money and materials. What happened was that the iPhone Apple (iPhone 4S) made public in 2011 was the same design as its predecessor.

There is other information that Olixar has released, and according to the company, a reliable Chinese source has offered up information regarding the iPhone SE 2’s designer. Another potential aspect of the new phone is that the phone will have a larger screen than its predecessor, which has a four-inch screen.

Will The Latest SE Model Have The Notch?

So, is the iPhone SE going to have the Notch? In terms of aesthetics, the appeal isn’t there. After all, it has the TrueDepth Camera system,and most don’t think Apple will reduce the size to fit the SE model… at least not in a year’s time.

Plus, it’s unlikely Apple will release an iPhone that has a similar design to Android, which has the Notch and Chin bezel. With the iPhone X, the screen will fold backward.

There are two reasons for the iPhone X’s cost – technology and screen size. The iPhone SE is the company’s cheapest iPhone. And, if it were to add in the flexible screen and TrueDepth system, the price would certainly increase, which would defeat the purpose of a budget-friendly alternative iPhone.

Adding these features to the cheaper iPhone could have potentially devastating consequences for the iPhone 9, which is going to cost less and have the Notch and an inexpensive LCD screen.