Ni No Kuni 2: Revenant Kingdom is the sequel to the beloved JRPG from Level-5 studio, Ni No Kuni: Wrath of the White Witch. The game follows the story of a young king named Evan Pettiwhisker Tildrum who is trying to reclaim his kingdom from a group of evil forces. In this game, you set about in this gorgeous fantasy landscape that sees you focusing on a band of characters, each one just as memorable as the last as you step out into the world to make the world a better place for all!

When it comes to the story it is relatively cookie-cutter: there’s a great evil in the world, and the main character King Evan PettiwhiskerTildrum wishes to eradicate it, to ensure that the world is a happy and joyous place for all. While this story might be slightly underwhelming in the grand scheme of things, it does play out very similarly to a storybook and that’s the sort of feeling the original Ni No Kuni conveyed to the player almost from the very beginning. Almost like watching a Disney movie, except you get to be the star instead of your very own tale!

While looking at the gameplay, you’ve got your typical action-RPG affair, where it’s relatively simple to get to grips with, but not too complex to confuse the average player either. A lot of the gameplay revolves around pressing the same button again to get a short combo out but can be made somewhat flashier through the inclusion of different skills. By mixing between the two, you can cause the relatively simple combat to add an extra level of flair to the general proceedings.

A complaint about the first game is that it was a bit too difficult for most players. Unless you spent some extra time grinding, you weren’t going to make it far without a few struggles. Ni No Kuni 2 on the other hand is in the opposite boat, though, because combat feels to have been dumbed down just a little bit too much with the difficulty curve, meaning that everything feels a bit too easy at times. For people that hate getting stuck in JRPGs, this is perfect, but if you’re looking for any kind of a challenge, Ni No Kuni 2 makes it difficult to find any.

Aesthetically speaking, the game still has the same gorgeous style that made the original so popular in the first place. Despite the ever-famed Studio Ghibli not making an appearance in the game’s visuals, it looks exactly like one of their titles and you’d be fooled into thinking this is another one of their animes. Everything, from the characters to the environments in this game is bright and filled with vibrancy; everything about this game is designed to make you feel as if you’re watching a gorgeous story-book anime. While some people might find the style childish, the overall notion the visuals give off is nothing more than a positive one.

Overall, Ni No Kuni 2: Revenant Kingdom may have dumbed down the combat just a little too much; the rest of the game, however, has all been improved, all the while keeping the same gorgeous visuals. For any fan of JRPGs, this is definitely a title you’re going to want to sink your teeth into. There’s a lot to explore and enjoy, all with a refreshing cast of characters to appreciate throughout. 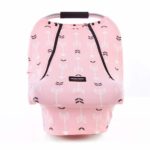 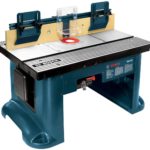