Marvel’s Spider-Man is the recently released title from developers of Ratchet & Clank fame, Insomniac Games, and was released exclusively on the PS4 on the 7th September 2018. Insomniac’s take on Spider-Man was designed to reset Spider-Man’s notion for being in some pretty bad games and finally create him one that was fun to play from start to finish, all the while managing to have some great web-swinging capabilities. Now, did Insomniac Games manage to do just that? Let’s find out!

With the game being a narrative single-player title, it’s best to avoid some of the story, but the gist is this: Peter Parker has taken up the mantle of Spider-Man for the last 8 years and has been fighting crime ever since day one. Recent events, however, has caused a vast number of his enemies to take over the city, through many chaotic and dangerous means. With a number of these villains doing whatever they can to take over the city, Spider-Man has his work cut out from him and must deal with each of them in his own friendly neighbourhood Spider-Man way. Obviously, there’s a lot more nuance to the story (while avoiding any potential spoilers) but while Spider-Man is going up against a lot of minor-villains this time around, all of them have great depth to their character that makes fighting them anything but a chore.

Marvel’s Spider-Man plays out like an open-world title that borrows a lot of gameplay mechanics from both the Batman: Arkham series and previous Spider-Man games. When it comes to the Spider-Man games, the developers from day one wanted to make sure they got the web-swinging correct, just like how it was in Spider-Man 2, a game that is commemorated for its web-swinging. As you web-swing through the city, your webs will not attach to invisible buildings in the sky like some of the worst Spider-Man games, but will instead appropriately attach to a real object, producing a certain level of momentum, depending on the object and the distance between them and the player.

Spider-Man does take ideas from the Arkham series, such as the free-flow combat and the stealth system. When fighting enemies in this game, you will effectively free-flow between them, having you gravitate and float towards them in a rather satisfying way once you get a feel for the combat. Even the stealth sections are similar, where you’re in an area where you shouldn’t be seen and by sneaking up on an enemy, you can incapacitate them and won’t be complete until you knock them all out. If at any point you get seen, you can swing up into the air and move around quickly and efficiently, in the hopes that they’ll forget your position. It’s all very similar to Arkham’s mechanics, just retrofitted for Spider-Man’s abilities, so if you didn’t enjoy the Arkham games, this game isn’t going to change that.

As you swing through the city, you can choose to go about doing the main-quests or the side-ones, some of which have their own small story arc to make things interesting for the player. By managing to do a number of extra content as well, you’ll be able to unlock new suits for Spider-Man, all of which have their own benefits and weaknesses, while having their own completely unique look to them. 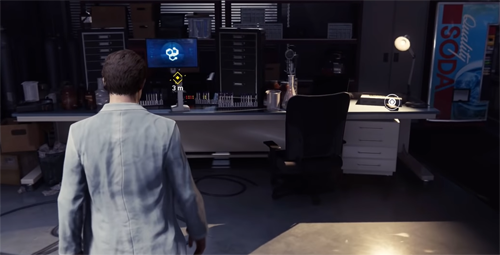 Aesthetically, Marvel’s Spider-Man is one of the best-looking games out on the PS4 and that’s probably not going to change by much until the next-generation of consoles. Everything in the game has an outstanding level of detail, and the game’s colours are all bright and vibrant, which makes playing the game an absolute treat.

Overall, for anyone that’s looking for the next-best game on the PS4, then this is definitely it. The web-swinging is a very satisfying part of the whole game and visually it looks amazing on the PlayStation 4. For anyone that played any of the Arkham games and wasn’t a fan of the stealth or the combat, then this game might not be for you, but otherwise, Insomniac’s take on Spider-Man is easily one of the best we’ve seen in quite a long time.