Square Enix have been a developer that’s been relatively hit and miss over the last few years. Some of their games have been great; yet some have been mediocre at best. After how hit and miss FF13 turned out to be, I don’t think anyone had the highest hopes for the next mainstream Final Fantasy title, but did FF15 manage to push past all that and become the next best RPG from Square Enix? Well, let’s find out!

Final Fantasy is a series that has and always will be focused on story – it’s what drives a good RPG and in a nutshell, it’s safe to say Final Fantasy XV manages to do just that. The story focuses on a young prince by the name of Noctis and his group of friends: Ignis, Prompto, and Gladio. Everything kicks off with Noctis saying goodbye to his father, as Noctis is set to get married in the next couple of days to a young lady by the name of Lady Lunafreya, an old childhood friend of his. To make sure Noctis gets there safe and sound his friends tagalong for the ride. Without delving too deep into the story for the worries of spoilers, there is a lot that goes down between then and now; definitely not all of it good.

In regards to the story, however, it’s told very well between each individual chapter – with every chapter you complete it’s another piece of the story that will build up the world around you and the characters living within it.

One problem I did find with the game the first time I played through it was with Noctis.Now, I wouldn’t say that he is a dislikeable character; not at all, but in comparison to his friends, he lacks a lot of personality. Ignis, Prompto, and Gladio all have a fun, joking camaraderie between them, so much so that even after combat they’ll have a bit of a laugh between themselves. For instance, one character jokes with Noctis that he’s “the prince of pain” after combat; yet how does he respond? No smart, witty retort or anything of the sort – instead he just says “yep!”

This lack of personality in comparison to his friends can really put an unlikeable spin on Noctis at times; something I’d definitely consider a detriment to him as an individual.

Final Fantasy XV is a title that had been worked on for years and years, due to this it’s part of the reason the game looks so darn good on PS4 – for the most part. All the characters, locations, environments, and everything else inside the game looks absolutely stunning and all have some great graphical fidelity to them. Hell, even the food in this game somehow looks incredible! In comparison to its real world counterparts, the food in this game looks pretty darn impressive, which may be an incredibly strange thing to point out, but when it’s that well-designed you can’t ignore it.

Creatures and other combatants have some great detail woven into them, but what I’ve found truly lacking from a visual perspective is the water in the game. When you first approach the coast, you’ll be thinking to yourself that it’s going to look just as good as the rest of the game; alas that’s the last thing it is. Small bodies of water aren’t so bad honestly, but when you see the ocean it appears as nothing more than a stale, uninteresting mass. There’s just no detail to it and is as flat as it can be – something that the ocean most definitely is not!

Onto what is truly important in any video game: the gameplay. Final Fantasy XV definitely made a big departure from the rest of the series – instead of being a turn-based system; the developers went almost entirely action-based. When it comes to combat there is absolutely no loading in the slightest, because the second you even get close to something that wishes you harm, Noctis and the group pull out their swords and get straight into the action.

Combat is fast, frantic, and fun, but doesn’t skimp out on any of the strategy, since poor decision-making in the heat of battle will get someone killed. Attacking doesn’t require more than one button press, but you can switch out weapons on the fly in combat just by pressing one of the directional buttons. Oh and there’s this wonderful little thing called a warp-strike, which is pretty much the very definition of satisfaction when you pull it off, as it will deal a hefty amount of damage to the target and simply reiterates just how fluid the combat really is. Throughout all of my time with Final Fantasy XV, I can quite safely say I didn’t get tired of the combat in the slightest, and this game can take about 40-60 hours to complete providing you take your time and explore, along with doing some of the sidequests. Even with all that time put into Final Fantasy XV, I would quite happily go back to that game in an instant and know that I would come out of it again with a smile on my face.

Overall, Final Fantasy XV is easily one of the best Final Fantasy games the industry has seen in quite a long time. Almost all elements of this game are done incredibly well: the graphics look gorgeous, with the main exception being the stale and uninteresting nature of the sea; combat is a great introduction to the series we haven’t quite seen in Final Fantasy before; and the story is beautifully told throughout. Story is definitely a highlight in this game, partly down to the fact that it starts off at just the right pace and only manages to continue it on from there, without going too fast or too slow at any point.

Even with all these positives, I still feel that Noctis lacks personality a lot of the time and almost every other hour I spent in the game I found myself thinking that again and again. As the story moves on he does get a little better, especially so in cutscenes, but how often he comes across as a mopey teenager can cause a bit of disconnect between him and the player.

Taking all of these factors into account, I would find it incredibly difficult to give this game anything other than a stellar recommendation for fans of Final Fantasy and RPG’s in general. 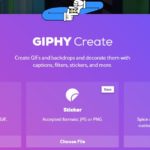