Dragon Quest XI is the 11th main instalment in the Dragon Quest series of games from the developers over at Square Enix and was released back in 2017 originally in Japan but was localised for PS4 and Steam on the 4th September 2018. This classic JRPG is designed to bring back many JRPG tropes that we all know and love, while giving them all a fresh coat of paint as the story plays out and develops in front of the player’s very eyes.

Without delving too much into spoilers, the story revolves around a young man that lives in a local village, with nothing extraordinary to his name. As time goes on and a number of mysterious events occur around him, the young man discovers that he’s the reincarnation of a legendary hero and only he is able to save the world that is crumbling around him. For the most part, the story is a pretty typical fantasy motif, but if you go into the story with an open-mind, then you’re bound to enjoy what the game has on offer. 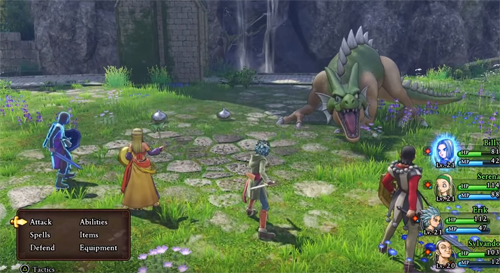 Just like with many other JRPG’s, the classic turn-based style of combat makes a return. Depending on a character’s speed, they will be taking their turn first, choosing an attack, and then proceeding to move onto the next character, up until one party is dead. You have the choice of selecting from basic attacks, special abilities and spells, and also items as well. The turn-based combat is fun and enjoyable and due to the lack of random encounters, you only have to play through as much of it as you so choose.

Throughout the world of Dragon Quest XI, you’ll be exploring the game in an open-world sort of setting, although not quite as sprawling to ensure that you don’t get lost. In the world you will find different items, loot, and crafting resources. These resources can be used to create new weapons or armour that will typically be better than most of the gear that you can find in the shops. As you level up, the crafting mini-games that you play will end up getting more difficult, but the strength of the equipment will also go up at the same time, balancing out the game’s difficulty for the player in a fair and enjoyable manner. 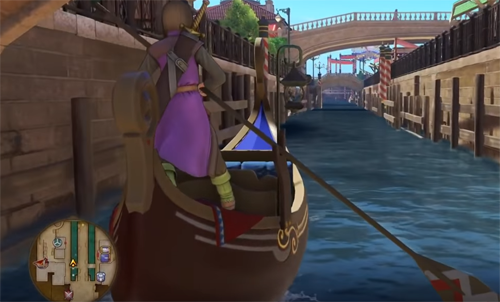 Once again, Dragon Quest keeps its iconic visual style where all of the characters are in bright colours and are all vastly unique in comparison to one another, while having a nice cartoon/anime style to them that doesn’t take itself too seriously. Everything in the game looks absolutely gorgeous with this art style, but the voice acting definitely could do with some small improvements. A lot of the characters in the game have a strange voice for the character or they are simply trying too hard and makes the NPC sound ridiculous. While it doesn’t tend to be a problem with the main cast, a lot of NPC’s have a voice that’s pretty much just nails on a chalkboard.

Overall, though, Dragon Quest XI has a lot to give the average player and fans of the JRPG genre. Not only do the visuals look great and the story is enjoyable from start to finish, despite not being too ground-breaking, the overall experience in the game is a great one. Anyone looking for a new JRPG that will keep you engaged from beginning to end, then Dragon Quest XI is the game that will do exactly that.