Nobody is prepared for the annoying ringing of the alarm clock in the morning, and it is destined to put people into a fit of despair. But one can bid farewell to those mornings with the introduction of alarm clocks which will pave the path of certain waking ritual with ease. These alarm clocks are in-built with mellow light which can induce a sort of light therapy. Light alarm clocks emit light before the alarm time to prepare the sleeper for the transition of waking up. Light alarm-clocks are the better alternative to the old-fashioned alarm clocks especially for people, who are unable to combat dysania.

This has to be the best light wake up clock you can have at the moment. It will increase the brightness gradually starting at 10% and reaching 100% in 30 minutes before the alarm.

This particular model will wake you up in the morning by playing natural sounds (forest, birds and etc.). It also has 6 different colors and it will increase the brightness 30 minutes before the alarm time.

You can recharge it using the USB or an adapter which is included in the package. The clock looks impressive and it is well-made.

This is still a new model, upgraded for 2018 so there are no a lot of owners who made this choice. Anyway, it is also powered by touch controls, it will play FM radio stations and it comes in 7 different colors.

Snooze button is available as well and it will postpone the alarm for 5 minutes. The overall quality is impressive.

This is practically an investment as it is one of the best-sellers in the market. Unlike most of the light alarm-clocks, the Lumi Bodyclock Luxe is not hard to set up despite being high tech. It has a cool design which looks like an expensive modern piece of art and even cooler features. It has DAB radio, warm alarm light and one can choose from any of the soothing 20 alarm sounds.

This is a light alarm clock that tries its best to provide a user with a natural waking light. One can choose from a range of seven colors of LED lighting. It is user-friendly and environment-friendly. Additionally, this wake-up alarm clock can not only be used in the mornings for waking up but can be reasonably applied to aid sleep as well by switching on the red LED light. 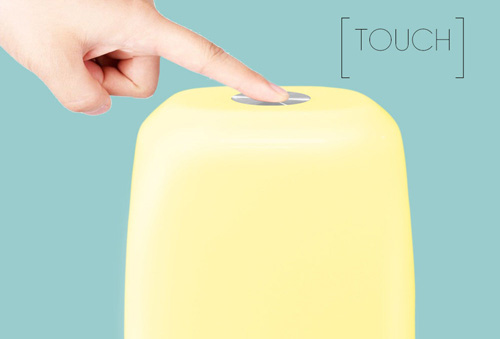 The stylish cylindrical clock from Hangsun stands out as one of the most affordable wake-up light alarm clocks. It is also effortless to operate with the button on top to switch among the three permanent lights. These lights can also be used for reading before bed which means that this alarm clock doubles as a reading light as well. This alarm clock convincingly imitates the sunrise as the light increases slowly in 30 minutes right before the designated alarm. Upon which, the alarm song plays for the sleeper for a pleasant start to the day! 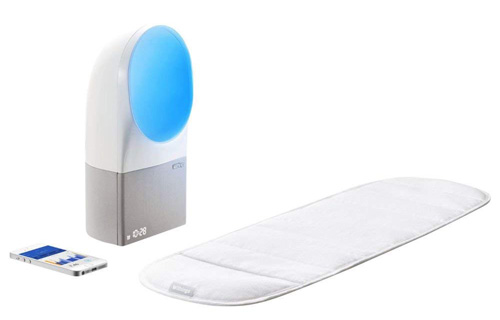 The Withings Aura Sistema has a distinctive futuristic look which is designed to act like a smart device. This device is a favorite among people who like to sync everything to their phones as this device can be hooked to a smartphone. This wake-up clock does not only do its job of waking up a sleeper with ample natural light, but it analyzes the sleep cycle of the user too. It also provides information on the temperature, light and sound in the bedroom with which an individual can use it to receive the most favorable sleeping conditions. 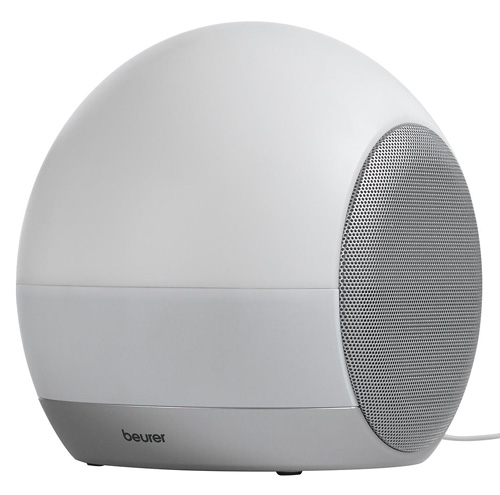 The Beurer wake-up light can be used to treat Seasonal Affective Depression often called SAD. There is a host of 256 options for lighting, so this is a guaranteed attempt of making everybody fond one that suits the mood. It has ambient light and can be used as a mood lamp as well. It has 10 different options for the wake-up alarm which are aesthetically pleasing. It is also important to mention that this device is capable of streaming music via Bluetooth.