Coding is undoubtedly the most lucrative industry in this era where technology is taking over every aspect of human life. Everything else is going digital, from business to government systems.  These 10 programming languages will usher you into the exciting world of coding with style.

This language is almost similar to Java except that it is more suitable for interactive websites such as social media ones. JavaScript is relatively simple and that makes it very popular with amateurs. This programming language is made better by the presence of many ad-ons to extend its functionality

Python experts earn more than $11,500 in annual incomes. That says a lot about this software. Someone with the knowledge of Python can comfortably use other programming languages such as C++ and C. This language is very easy to learn and apply as well. Many startups depend on Python to build their demands. You’re assured of a Python project throughout the year.

This programming language is suitable for statistical and analytical tasks. That makes it the perfect choice for students and professionals dealing with technical concepts. Some people find this software a little too complicated, but once you have understood it, that is it. Besides, R doesn’t normally come with a guide for the user.

This is among the earliest programming languages in the field of programming. It is where beginners can get a solid foundation in coding. The use of C is diminishing because it cannot be used to perform modern-day tasks.

C++ is a relatively old programming language that relies heavily on the concepts of C. It has overtaken C in terms of popularity because it is best for arithmetic simulations and designing games.

Although very vulnerable to security breaches, PHP is still popular with content-oriented websites. It is preferred by mass content giants such as Wikipedia. PHP is a gold-mine if you are looking for social media developers as well as WordPress users.

Swift is among the best-paying programs for developers. It is normally used to write IOS and macOS programs. Not many jobs are requiring one to use this software, but the pay is nice once you land one.

Go is a software that was developed by Google to be used with applications that handle large amounts of data. This programming language is used by global business giants such as Uber, Netflix, and Twitter.

C# This was another masterpiece by Microsoft, and it serves as the primary software with which Microsoft ad Windows runs. The software was not created as a learning language so it is a bit too steep for beginners without a co

With over 29,000 jobs needing the application of java, this programming language is in high demand across all sectors. This software is perfect for client to server applications. An application that runs in java is compatible with any other platform, and that makes Java come first on our list. 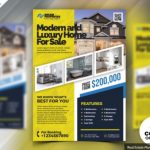